World No.116-ranked Australian Christopher O’Connell advances to the second round in New York. 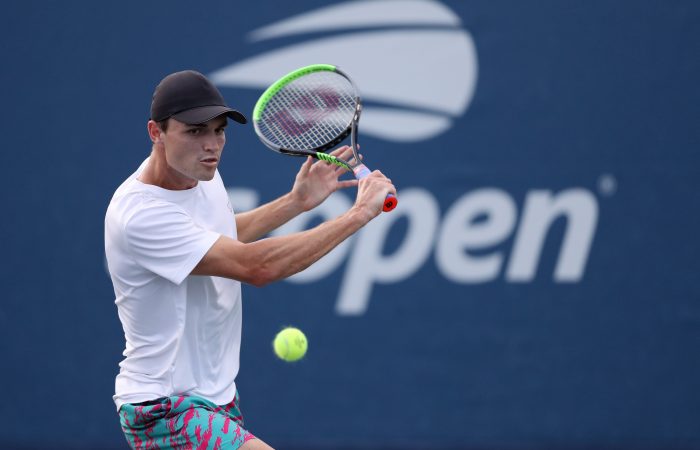 Christopher O’Connell has won the biggest match of his career to move into the US Open second round.

The No.116-ranked O’Connell outplayed the former world No.27 in three hours and nine minutes on Court 8.

It is O’Connell’s first Grand Slam main draw victory. The No.81-ranked Djere also becomes the highest-ranked opponent he has ever beaten.

The victory is a reward for persistence for O’Connell, who has fought back from several injury setbacks in his career.

While sidelined with knee tendonitis two years ago, O’Connell worked as a part-time tennis coach and boat cleaner on Sydney’s Pittwater Harbour.

Although O’Connell began 2019 without an ATP ranking, he soon soared to a new career-high ranking after winning 82 matches for the season across the secondary ATP Challenger and ITF Future tours.

He spent the recent tour shutdown training hard in Sydney, determined to maintain his momentum as he targeted a top 100 rise.

> FEATURE: A time to reset for Christopher O’Connell

O’Connell set a new career-high ranking of No.115 last month and is now set to climb even higher after his Grand Slam breakthrough today.

He faces third-seeded Russian Daniil Medvedev, who was a finalist in New York last year, in the second round.