Millman defeats No.22 seed at US Open

John Millman eliminates Georgian Nikoloz Basilashvili in the opening round in New York. 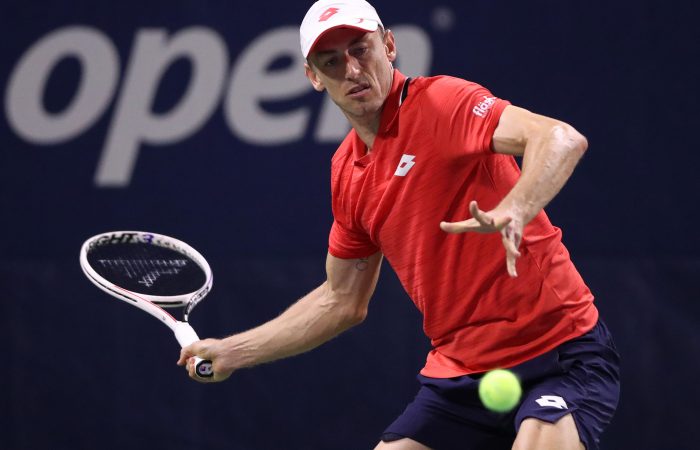 For the fourth time in his career, John Millman has knocked out a seeded opponent at the US Open.

The 31-year-old from Brisbane scored a 6-1 6-4 6-4 victory against No.22 seed Nikoloz Basilashvili in the first round today.

Millman hit six aces and won 80 per cent of points on his first serve in the one hour, 59 minute match. A flurry of unforced errors – 55 in total – from the No.30-ranked Georgian also helped Millman control the match.

Millman’s impressive record against seeded opponents in New York began in 2017 with a win against fellow Australian Nick Kyrgios. The following year, he defeated Fabio Fognini and five-time champion Roger Federer to reach the quarterfinals.

The world No.43’s next opponent is 22-year-old American Frances Tiafoe. Millman has won both of his previous matches against the world No.82.

The No.21-seeded De Minaur scored a straight-sets win over Slovakian Andrej Martin, while O’Connell made a dream US Open debut with a four-set victory against Serbian Laslo Djere.