Alex de Minaur advances to US Open second round

Australia's Alex de Minaur has made a winning start at the US Open, scoring a straight-sets victory in the opening round. 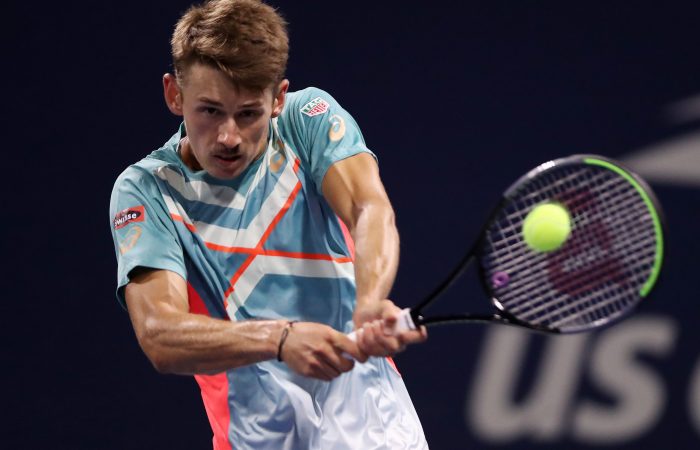 Alex de Minaur has charged into the second round at the US Open.

The No.21-seeded Australian recorded a 6-4 6-3 7-5 win over No.98-ranked Slovakian Andrej Martin this morning.

De Minaur led 5-2 in the third set, but despite a late comeback from his 30-year-old opponent, held on to win in two hours and 10 minutes.

It is the 21-year-old’s first tour-level singles win since the ATP Cup in January. An abdominal injury forced De Minaur to withdraw from the Australian Open and he had lost in the opening round in his two most recent tournaments.

The Australian gained valuable match play on the doubles court last week, winning his first ATP title at the Western & Southern Open with Spaniard Pablo Carreno Busta. The confidence gained from that title breakthrough was evident today, with De Minaur winning 34 points at the net.

De Minaur plays world No.51-ranked Frenchman Richard Gasquet, a US Open semifinalist in 2013, in the second round.

O’Connell made a dream US Open debut with a four-set victory against Serbian Laslo Djere, while Millman defeated No.22 seed Nikoloz Basilashvili.