A time to reset for Christopher O’Connell 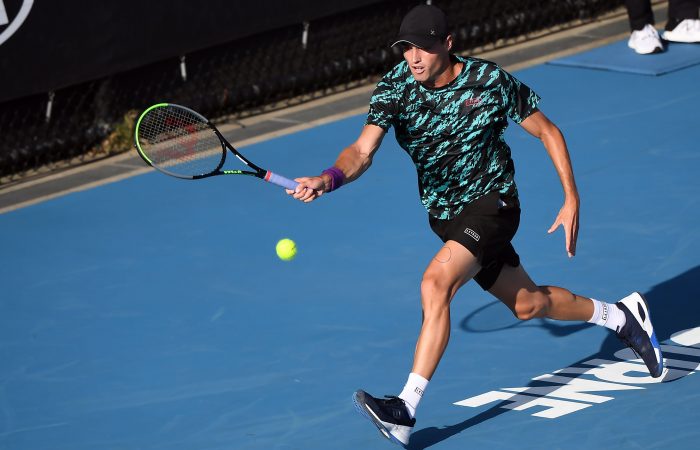 After winning more matches than any other professional player last season, Christopher O’Connell improved to a career-high ranking of No.114 in February.

The 25-year-old’s confidence was soaring after his 82 match wins in 2019 delivered two ATP Challenger and three ITF Futures titles. Remarkably he had started the season unranked, having spent part of 2018 working part-time as a tennis coach and boat cleaner on Sydney’s Pittwater Harbour while sidelined with knee tendonitis.

His incredible ranking rise was rewarded with an Australian Open 2020 wildcard, O’Connell’s second Grand Slam main draw appearance and first since his debut as a No.231-ranked wildcard at Melbourne Park in 2017.

O’Connell proved he belonged on the sport’s biggest stage, taking world No.16 Andrey Rublev to four sets in the opening round in January.

A gallant effort from Aussie wildcard Chris O'Connell, pushing No.17 seed Andrey Rublev to four sets at Court 19 this evening. Rublev won 6-3 0-6 6-4 7-6(5) to move into the second round #AusOpen #GoAussies pic.twitter.com/tblwgJfPGz

“It was an amazing experience playing at the Australian Open again … I’ve always been aiming to get back to that stage,” O’Connell told tennis.com.au.

“I want to have those experiences year-round. I want to play the French Open, Wimbledon and US Open and hopefully a few more Australian Opens.”

However, that dream is on hold for now.

Instead of competing on European clay and preparing for his French Open debut as originally planned, O’Connell is currently isolating in Sydney with the tour suspended due the COVID-19 pandemic.

“It’s pretty frustrating. I was on a bit of a roll and hoping to keep that momentum going into 2020. But I mean, things happen and you’ve just got to deal with them,” O’Connell said.

“I’m treating (this break) like an injury. I’ve had plenty of injuries over the years and I always come back strong after an injury, but in this case all the players are not playing. So I’m not losing anything, as such.

“I can sort of reset. I’m just outside that top 100 mark, so this is a chance to regroup and think about how I can climb that few extra spots to get inside the top 100 and solidify myself in that group to be playing Grand Slams on a regular basis.”

O’Connell is still training hard in Sydney, where he is hitting with former pro Matt Barton and world No.64 Jordan Thompson.

“I’m keeping up my training. I’m on court two or three times a week, got a makeshift garage gym at home and running quite a bit, so I’m staying healthy and coping alright,” he said.

Time at home in Sydney is proving a silver lining for O’Connell, who had training bases in Serbia and Sweden last season. When in the United States, he also trains with former Australian Davis Cup player Carsten Ball near Newport.

“You’re constantly on the go, so to spend an extended period of time at home is always good,” he said.

“Even though we are in isolation, it’s still been good weather so I’m able to have a surf with my little brother. It’s nice to have that family time.”

A top 100 breakthrough remains O’Connell’s next goal – and as he knows from experience, time off can fuel motivation to reach new levels.

“I find when I have that time off, even though it’s not ideal, you can just sit back and think about the things you need to work on and how you can improve to climb the rankings even more,” he said.