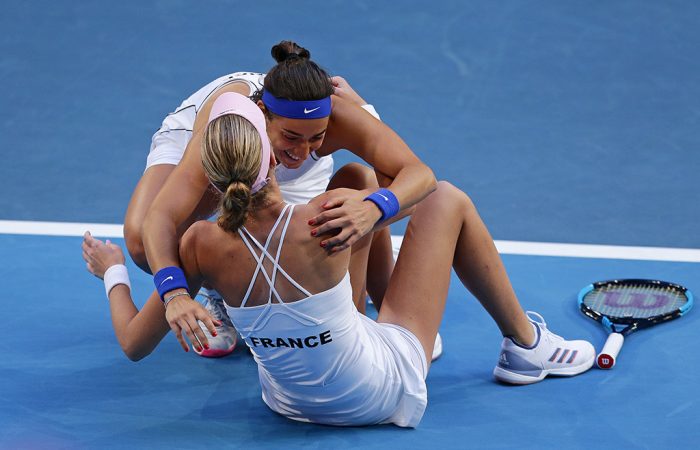 With scores locked at 2-2 after Ajla Tomljanovic’s singles victory and the tie requiring a decisive doubles rubber, the Frenchwomen beat the Aussies 6-4 6-3 at RAC Arena to seal victory.

It is France’s first Fed Cup title since 2003, while Australia’s wait for a trophy in the team competition extends to a 46th year.

Mladenovic was the star of the French team, winning both her singles rubbers — including a stunning defeat of world No.1 Barty earlier on Sunday — and the doubles to go a perfect 3-0 in Perth.

For Garcia, it was redemption after being trounced 6-0 6-0 by Barty on the opening day of the tie.

“I’m the proudest man on the planet right now. I’m so proud of my girls and the team — they deserve it because they fought for a long time for this title,” said French captain Julien Benneteau.

“It’s a dream for me — I tried to imagine that at the beginning of the year when I knew that I could have the best team with me on the court.

“Eight months later, here we are.”

"It's been a crazy weekend for everyone." – @CaroGarcia

Barty and Stosur broke the Frenchwomen immediately and held in the next game to establish a 2-0 lead.

Yet despite a slow start, Garcia and Mladenovic quickly settled into the contest, communicating brilliantly and frequently beating the Aussies with pace.

Barty and Stosur were unable to combine as effectively, often slow and reactive as Garcia and Mladenovic pulled off a succession of winners from both the back of the court and at the net.

The French pairing, Roland Garros champions in 2016, pocketed the first set and surged ahead 2-0 in the second.

Despite the Aussies earning two break points at 15-40, Garcia erased them both with scorching passing shot winners. 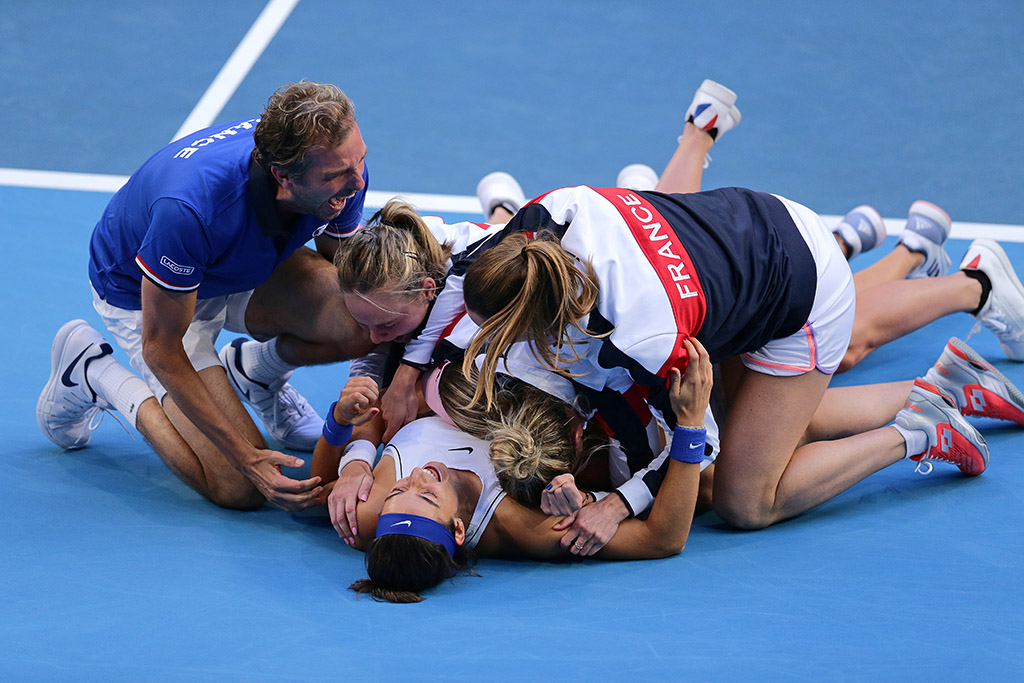 Although Stosur and Barty appeared to settle and began to produce some compelling tennis of their own, they were too far behind to catch up.

They held a 15-30 lead in the fifth game, and Stosur played a powerful forehand return winner down the line in the seventh game to earn a break point.

But on both occasions, the French team escaped.

Stosur served to keep the Australians alive, and together she and Barty staved off two match points and eventually held for 3-5.

But with the ultra-confident Mladenovic stepping up to the line to serve for the title, the French were in safe hands.