The 2019 Fed Cup final between Australia and France will be decided by the doubles rubber after Ajla Tomljanovic got the better of Pauline Parmentier in Perth. 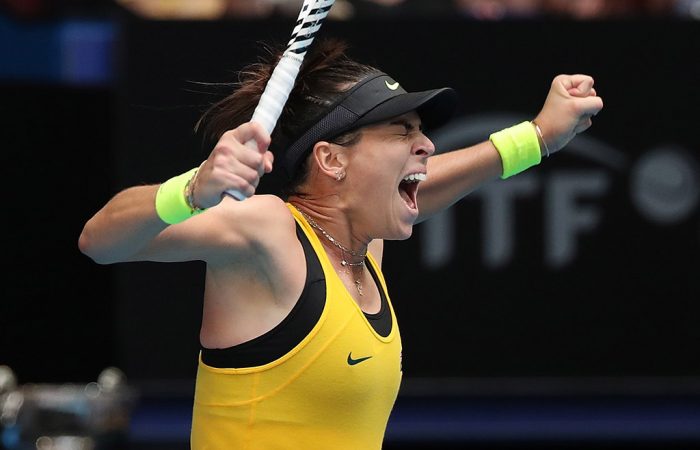 What a performance from @Ajlatom, a straight-sets winner and so solid today.

It means the final will be decided by the live doubles rubber pitting Barty and Sam Stosur against Mladenovic and Caroline Garcia.

In their only previous match together, Barty and Stosur combined in the semifinals to defeat Belarus, a thrilling win that sent Australia into its first Fed Cup final in 26 years.

“I thought Ajla did a great job yesterday because it was on debut, playing in her first Fed Cup, a final on top of that. I felt like she gave as much as she could yesterday.

“We all knew how it would be so much better today and what a test of character. It was unbelievable sitting at the side here.”

Indeed, this was a redemptive victory for Tomljanovic, following her 6-1 6-1 loss to Mladenovic in the opening rubber of the final.

Yet with her debut for Australia out of the way, the Australian No.2 said she got a better night’s sleep and was better able to focus on the task ahead when she learned Molik would select her for a second singles outing. 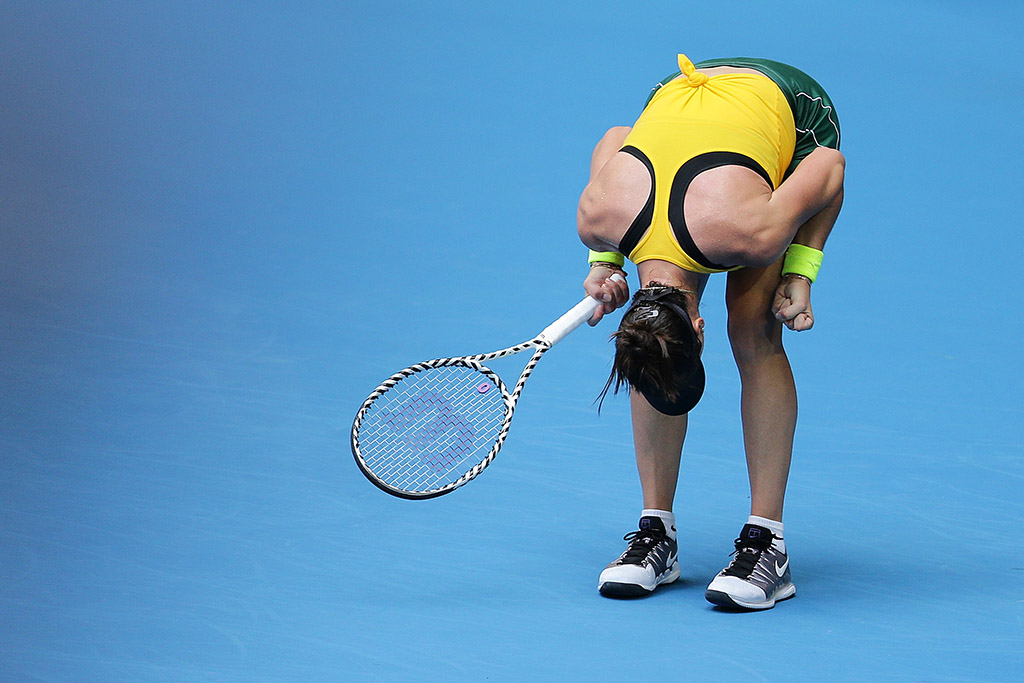 “I thought ‘it can’t be worse than that,” Tomljanovic laughed about Saturday’s result.

“I’m really glad I got a second chance today and got the win, kept us in. This team has been unbelievable all week and it’s such a privilege to play for you guys.”

Tomljanovic looked remarkably relaxed prior to entering the stadium and once there she was cheered on by a vocal crowd of almost 14,000 people.

Hitting more boldly and aggressively than she did 24 hours earlier, she stunned Parmentier — substituted in for Garcia — with a barrage of hard, flat drives from the baseline.

After saving a pair of break points in the opening game, she held her next four service games at love and then arrived at set points in the 10th game, converting her second thanks to a sharply angled crosscourt backhand return that set up the point.

Australia are back in the hunt as Ajla seals an impressive set with a second break of serve.

The Australian then streaked to a 4-2, 40-30 lead in the second set, only for Parmentier to wrest control of the momentum.

The atmosphere became increasingly tense inside RAC Arena as the Frenchwoman earned a break point which would have handed her a 5-4 lead and the chance to serve for the set.

But Tomljanovic found an ace, a powerful backhand and a forehand winner on successive points to escape.

“In matches like this, she loves these moments. She plays a lot of Fed Cup and she definitely took that moment,” Tomljanovic said of Parmentier’s comeback.

“And then to get out of that game at four-all with a break point down was huge just the way I served.

“I think it gave me the confidence, that I showed myself that I’m tough and I think she also saw that it was not going to be easy for her.”

"I'm really glad I got a second chance today and got the win." – @Ajlatom #FedCupFinals | @Channel9 pic.twitter.com/7WGLmcilOM

With Parmentier serving to stay in the match down 5-6, Tomljanovic made her move, playing with controlled aggression and ensuring it was the Frenchwoman who broke down first.

A strong return forced a final error, allowing Tomljanovic to seal her first career victory for the green-and-gold.