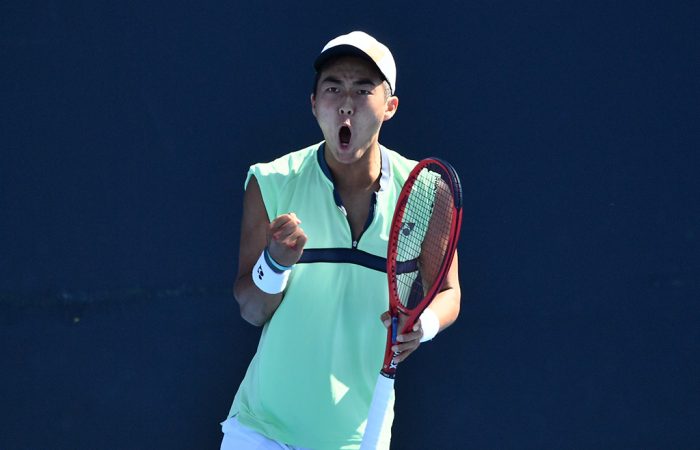 The 18-year-old beat No.2 seed Nick Chappell of the United States 2-6 6-2 6-1, marking the third time during the tournament he lost the first set before recovering to win in three.

Hijikata’s victory was one of several excellent results for Australians competing at various tournaments around the globe.

A day after Sam Stosur featured in the final of the WTA tournament in Guangzhou, Blake Mott begun his comeback to tennis in style with victory at the Cairns Pro Tour event while John Millman notched his first title of 2019 at the ATP Challenger tournament in Kaohsiung.

A gracious champion as always, @johnhmillman with some words of encouragement for @marcpolmans after taking the title in Kaohsiung. 👏👏

Currently ranked No.94, Millman is expected to rise 15 places to return to the world’s top 80.

In Sibiu, Romania, Christopher O’Connell advanced to a second ATP Challenger final of the year but fell short against Serb Danilo Petrovic.

Interestingly, Petrovic, a friend of O’Connell’s, was the player who encouraged the Australian to adopt Belgrade as his training base when he spends time in Europe.

Seone Mendez, meanwhile, reached her first ITF 25K final of the season and came close to pulling off an upset win before going down in three sets to Italy’s Martina Trevisan.

Mendez this season has won six ITF titles — all at 15K level. Her win-loss record stands at an impressive 43-12.