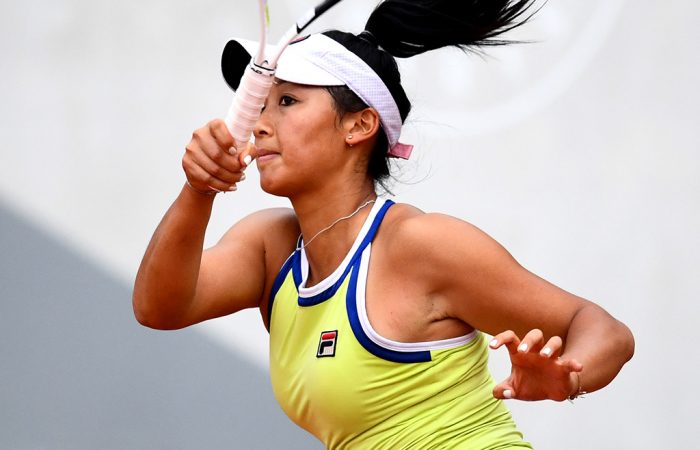 Priscilla Hon has led the Australian charge in the first round of US Open qualifying, beating France’s Harmony Tan in straight sets to seal her place in round two.

She was one of five Australian women to progress to the second round of the qualifying event at Flushing Meadows in New York on Monday.

Destanee Aiava was unable to join her countrywomen in the second round, going down 2-6 7-5 7-6(5) to Japan’s Ayano Shimizu in the last match of the day.

Queenslander Hon, the highest-ranked of the group in qualifying and seeded 25th, claimed a 6-4 7-5 win set up a meeting with Germany’s Katharina Hobgarski as she seeks a place in the main draw of the season’s final Grand Slam.

Fourlis last year advanced to the final round of US Open qualifying and came within a set of reaching the main draw before going down in three sets to Anhelina Kalinina.

Arina Rodionova also moved into the second round as she proved too good for Hungarian Fanny Stollar with a comfortable 6-4 6-2 victory.

At her most recent Grand Slam event, Rodionova won three rounds of qualifying to reach the main draw at Wimbledon.

Rodionova next plays top seed Elena Rybakina; should she win, she would face the winner of the Inglis-Cabrera match in the final round.

Yeah the girls 👏 great start for the women over at the US Open qualifying 🎾 lets keep it going 💪 https://t.co/Weyn2PQQFf

Ellen Perez, Zoe Hives, and Kaylah McPhee are the other Australian women in qualifying, and will play their matches on Tuesday. Also on court will be compatriots John-Patrick Smith, 25th seed James Duckworth and Akira Santillan.

In other results on Monday, Alex Bolt was an early casualty in the men’s qualifying event, with the 28th seed exiting 6-3 6-3 to Colombian Daniel Elahi Galan.