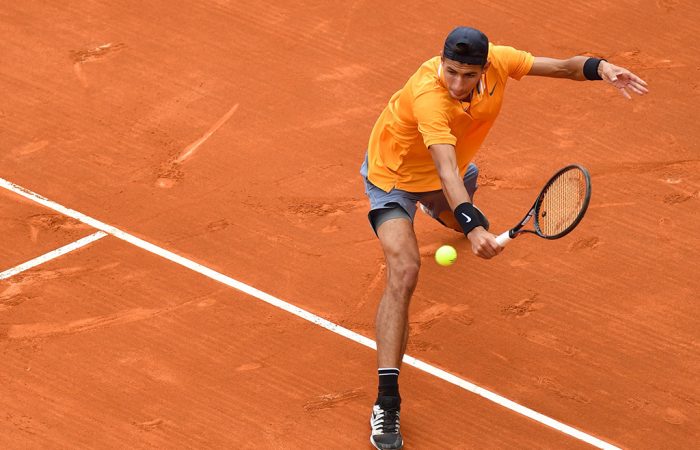 Popyin beat Italian Simone Bolelli in three sets to qualify for the main draw, where he will line up against defending champion Joao Sousa of Portugal.

Millman and Tomic face off in an all-Aussie clash in the first round, with the winner potentially to face De Minaur in the last 16.

In Rabat, Ajla Tomljanovic and Daria Gavrilova represent the Aussies at the WTA International-level clay-court event.

Tomljanovic is seeded fourth and takes on a qualifier in the first round while Gavrilova has drawn a tough opening-round opponent in No.2 seed Hsieh Su-Wei.

Arina Rodionova and Zoe Hives fell in the first round of Rabat qualifying, while Priscilla Hon went down at the same stage of the WTA Prague qualifying event.