Nick Kyrgios, Alex De Minaur, Matt Ebden, John Millman and Ajla Tomljanovic will shoot for the third round at the US Open on a bumper day's play on Thursday. 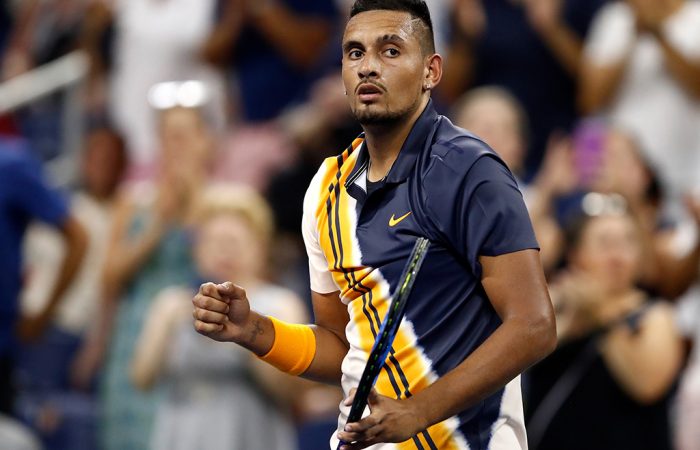 Men’s, women’s and mixed doubles matches are also on the program, and Aussies feature heavily.

ORDER OF PLAY: US Open Day 4

[30] Nick Kyrgios v Pierre-Hugues Herbert
Second round / Court 17 / second match
Kyrgios is wary of the Frenchman, more notable for his doubles exploits but who possesses a big serve and attacking game that can make anyone uncomfortable. “He’s a big server, old-school player. He’s gonna be very tough. He’s beaten me at Wimbledon before,” said Kyrgios, noting their meeting in SW19 last year, where Kyrgios was forced to retire. Should the Aussie beat Herbert, a third-round showdown with Roger Federer could await.

Alex De Minaur v Frances Tiafoe
Second round / Court 17 / fourth match
A marketer’s dream, this match pits two of the sport’s exciting Next Gen talents against one another on Tiafoe’s home turf, which should make for an atmospheric match on this show court. Tiafoe is the flashier player but his power will be countered by De Minaur, who possesses some of the best movement, anticipation and fighting spirit in the game – despite being just 19 years of age. The winner could face 2014 champion Marin Cilic.

John Millman v [14] Fabio Fognini
Second round / Court 5 / first match
A tough one for the Queenslander, but Millman has reached the third round in New York before. That was last year, when he got past Kyrgios and Malek Jaziri before falling to Philip Kohlschreiber. This year it’s the 14th seed standing across the net in the second round, a player who won the lead-up hard-court tournament in Los Cabos a few weeks ago and who in 2015 reached the second week with a stunning come-from-behind victory over Rafael Nadal.

Ajla Tomljanovic v Katerina Siniakova
Second round / Court 10 / fourth match
Tomljanovic has been working her way back into form impressively throughout 2018, having won 10 of her past 14 matches. Should she beat Siniakova it would be her deepest Grand Slam run in more than four years, after she made the fourth round at Roland Garros in 2014. The Aussie, who is 29-18 this season, has never before played the Czech, who upset 28th seed Anett Kontaveit in round one.

Matt Ebden v Philipp Kohlschreiber
Second round / Court 12 / second match
The West Australian is attempting to reach the third round at a major at his second straight Grand Slam tournament, having also done so at Wimbledon. He faces German veteran Kohlschreiber, whom he beat in their most recent meeting on grass in Halle in June. Ebden has won eight of his last 10 hard-court matches, the most recent a five-set bruiser over 32nd seed Filip Krajinovic in the first round in New York. Should he be fresh for this one, his attacking game matches up well against the 34-year-old.