Having qualified for the main draw at Wimbledon last year, Arina Rodionova leads a four-strong contingent of Aussie women hoping to do the same in 2018. 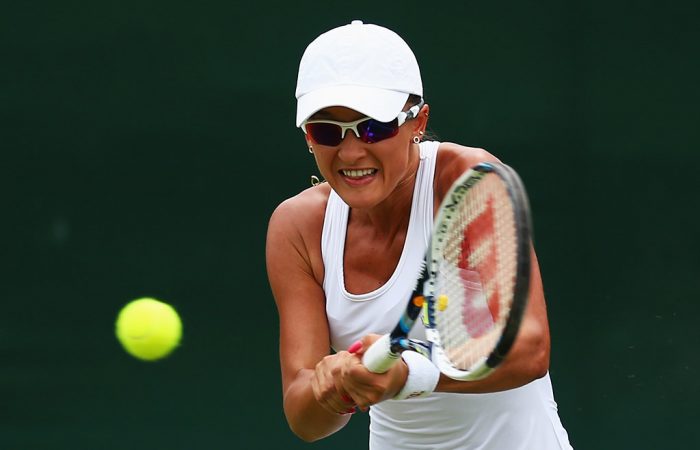 Arina Rodionova enters the Wimbledon qualifying draw as the No.13 seed, the highest ranked of four Australian women embarking on their campaigns at Roehampton this week.

Rodionova opens against Romania’s Jaqueline Christian and should she win she would play another Romanian – Alexandra Cadantu or Elena-Gabriela Ruse – in the second round.

In 2017, Rodionova won three matches to qualify for her first Wimbledon main draw and proceeded to reach the second round after a stunning win over 16th seed Anastasia Pavlyuchenkova.

Also in the field is 18-year-old Jaimee Fourlis, who recently cracked the WTA top 200 after winning five matches during the grass-court season so far.

Fourlis has drawn No.19 seed Viktoriya Tomova of Bulgaria in the first round.

Cabrera will face Slovakian former world No.50 Jana Cepelova, the 17th seed, while Hon takes on No.15 seed Anhelina Kalinina of Ukraine.

Later on Tuesday, the five Aussie men victorious on the opening day of the qualifying tournament will return to the courts for their second-round matches.

Thanasi Kokkinakis, Bernard Tomic, Alex Bolt, Jason Kubler and John-Patrick Smith will all play for a place in the final round of qualifying.

Smith has the highest-ranked opponent in 10th seed Marcel Granollers of Spain, while Kubler also takes on a seeded opponent in the form of Adam Pavlasek (No.26).