Alex De Minaur has received a main-draw wildcard while Arina Rodionova and Ajla Tomljanovic will represent Australia in the qualifying rounds at Indian Wells. 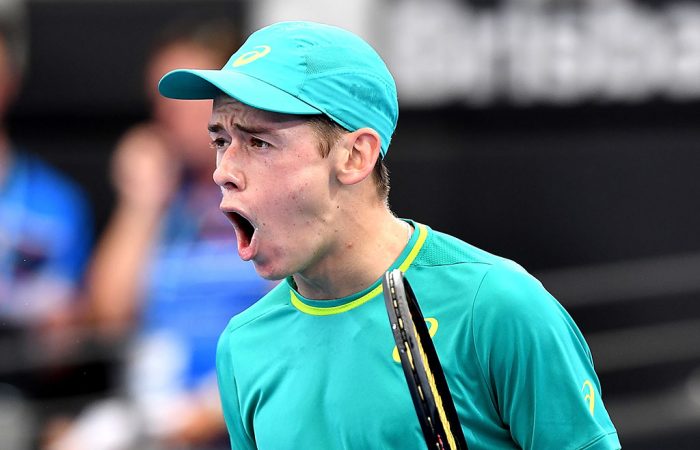 Alex De Minaur has been awarded a wildcard into Indian Wells in what will mark his main-draw debut at the BNP Paribas Open.

The teenage star joins fellow Aussies Nick Kyrgios and Matt Ebden in the main draw of the ATP Masters event.

Another two Aussies, Arina Rodionova and Ajla Tomljanovic, will attempt to progress through to the main draw of the WTA event via qualifying.

Tomljanovic, who last week reached the semifinals of the inaugural WTA 125K tournament at the same venue, is the 12th seed and opens against Mariana Duque-Marino. Rodionova has drawn No.4 seed Johanna Larsson.

The men’s qualifying draw is yet to be released, although the tournament has announced Thanasi Kokkinakis will be awarded a qualifying wildcard.

Should Tomljanovic and Rodionova qualify, they will boost the Aussie women’s contingent to five – Ash Barty, Daria Gavrilova and Sam Stosur are among the main-draw entrants.