James Duckworth and Olivia Rogowska are the No.1 seeds in the men's and women's Australian Open 2016 Play-off draws. 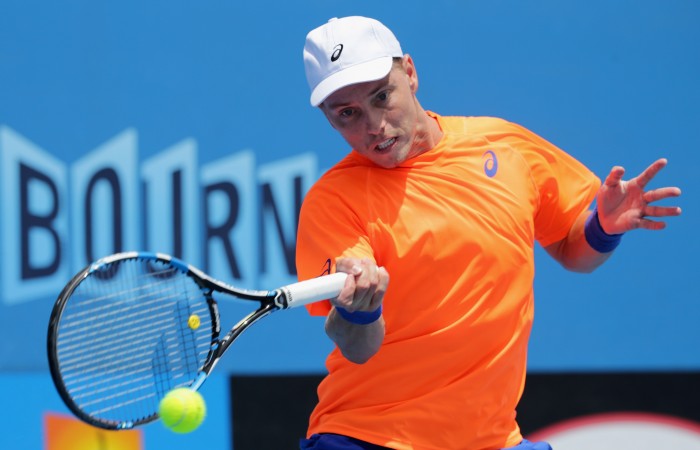 The pair are the No.1 seeds in the Australian Open Play-off draws, which will begin tomorrow at Melbourne Park as the feature event of the December Showdown.

Duckworth opens against Tasmanian teen Harry Bourchier, while at the other end of men’s draw, defending champion Jordan Thompson, seeded second, will take on Matt Reid.

Seeded third is Luke Saville, who will face Jacob Grills in round one and who is projected to meet Duckworth in the semifinals.

Rounding out the top four seeds is the in-form Ben Mitchell; the Queenslander finds himself in the same half of the draw as Thompson and will kick-start his Play-off campaign against Oliver Anderson, the runner-up in Saturday’s 18/u Australian Championships final.

The 18/u champion, Marc Polmans, has drawn fifth seed Alex Bolt of South Australia, while also lurking in the draw is seventh seed Marinko Matosevic, a former world No.39.

All matches in the men’s draw will be best-of-five-set encounters.

In the women’s draw, Rogowska finds herself up against Queenslander Kaylah Mcphee, while No.2 seed Arina Rodionova – who finished runner-up in last year’s play-off to Daria Gavrilova – will meet Angelique Svinos.

Jess Moore is the tournament’s third seed, and has landed in the same half as Rodionova. Moore opens against Abbie Myers and faces a likely quarterfinal meeting with No.6 seed Storm Sanders.

Alison Bai, seeded fourth, will tackle Belinda Woolcock in the first round.