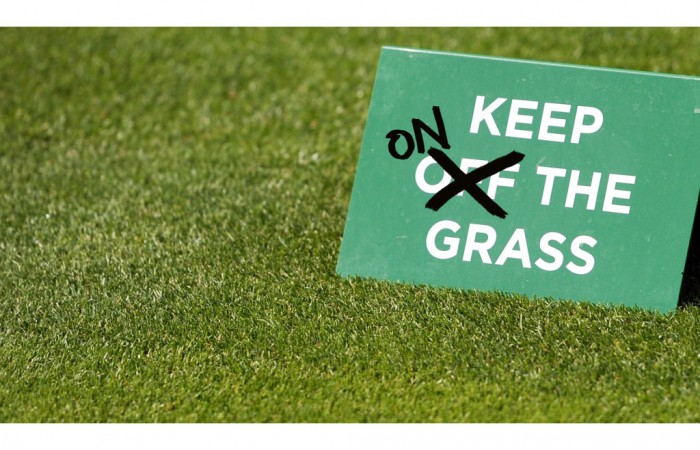 Can you believe it? June is upon us and the French Open has come and gone for another year, which can only mean one thing… Yes, grasscourt season is officially open for business, and isn’t the backdrop stunning?

So the grass court season officially opens today!! Good luck to all the Aussie's in action today & this week. Let's go get it!!

Good luck to all the aussie boys over the grass season. Disappointed to miss it this year due to injury. https://t.co/VLamO5tBJW

There’s always a prelude to the main event and Sam Groth could not have written the opening chapter any better.

Great way to start the grass court season with a win at the Aegon Manchester Trophy challenger! @lottosportitaly pic.twitter.com/sxg4pIGzHq

I have love-hate relationship with grass… I love it, but it doesn't love me 😔. Third year in a row getting injured pic.twitter.com/8gyDAfhNYU

While Nick Kyrgios literally was at home.

Arrived in to London last night, moved in to my house for @Wimbledon & absolutely love it, getting settled hopefully for a long stay!! #Sw19

You’d better get out there soon Nick, DJ Joel Fletcher might give you a run for your money.

been playing a fair bit of tennis lately. I think my serve is getting almost as good as @NickKyrgios

But some players were still engrossed in the action-packed two weeks that were Roland Garros.

Had a great time at @RolandGarros this year… And super excited for a grass season to start tomorrow!! Bye bye clay!

And the city of love in general.

How good was Casey Dellacqua, by the way?

Elsewhere, young gun Ellen Perez was mirroring her idol at the Bethany Beach event in the USA.

And Daria Gavrilova was doubling burgers and fries on Vine.

Hair was a hot topic of debate this week, with Dylan Alcott sharing some strong advice for #RG15 runner-up Novak Djokovic.

Novak can win all the grand slams he wants, but what I really need him to do is fix that Lego hair helmet haircut he has going on #RG2015

Maybe Novak could learn a thing or two from those soccer players.

It's always surprise me how perfect are the hair of football (soccer) players! #howdotheydoit

If you didn’t know, 6 June has been crowned John Millman Day.

Are you following us on Insta @AustralianOpen? We've a very exciting guestgrammer lined up for June: @lleytonhewitt pic.twitter.com/seZKqNTopL

Back to tennis, and the Aussie boys continue to climb the world rankings…

And when Thanasi Kokkinakis is not on the tennis court, he’s either riding public transport or teaching James Duckworth a thing or two about the gym.

@TKokkinakis @TennisAustralia. Keeping your feet on the ground. I love it Stolts great idea. #bluecollar pic.twitter.com/y4FlGmGI02

Finally, it wouldn’t be a Social Serve without an obligatory Instagram #selfie, and while we did carefully consider Alex Bolt’s nomination, courtesy of Daria Gavrilova…

Here's a solo selfie of @abolt15. Make sure he wins the selfie competition in the next #socialserve @TennisAustralia pic.twitter.com/eRK7b3tFH9

We couldn’t go past this week’s “sweet” winner: Nick Kyrgios

When you playing hard to get with the candy.