Qualifying for the 2015 Australian Open begins on Wednesday in Melbourne, 128 men including 12 Australians will all launch their claims for a place in the main draw. 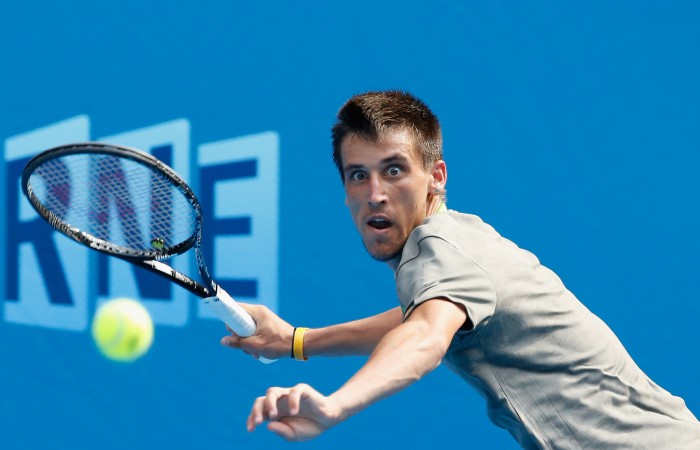 22-year-old Damir Dzumhur has been installed as the top seed for qualifying at the 2015 Australian Open, which begins on Wednesday.

The Bosnian managed his career best result at the 2014 Australian Open where he made the third round before going down to Tomas Berdych in straight sets.

He is one of 128 men vying for the 16 spots up for grabs in the main draw and potential Australian Open glory.

Former Grand Slam semifinalist and top 10 player Jurgen Melzer will also contest qualifying along with the French pairing of Nicolas Mahut and Benoit Paire, the man who knocked Nick Kyrgios out of the 2014 Australian Open.

Slovenian Aljaz Bedene comes into the qualifying event in hot form after reaching the final of the Aircel Chennai Open in India last week where he was defeated by Stan Wawrinka.

[2] Jurgen Melzer (AUT) Vs. Nicolas Jarry (CHI): Melzer, the former Grand Slam semifinalist, takes on an opponent 14 years his junior. It will be a case of seasoned veteran up against youth and exuberance.

[6] Nicolas Mahut (FRA) Vs. Jan Hernych (CZE): Mahut and Hernych have met once before, way back in 2006. Hernych sprung the upset back then but can he do it again eight years later? Mahut made history with John Isner at Wimbledon in 2010, when he went down 70-68 in the fifth set, the longest match ever played.

[7] Aljaz Bedene (SLO) Vs. Guido Andreozzi (ARG): It is hard to argue with the form of Bedene who reeled of seven straight victories in Chennai before falling at the final hurdle to the 2014 Australian Open Champion, Stan Wawrinka. If he can play anywhere near that sort of tennis here, we can expect to see him in the main draw.

[18] Benoit Paire (FRA) Vs.Elias Ymer (SWE): Paire will return to Melbourne with pleasant memories after making it to the third round in 2014. He takes on a little-known 18-year-old who is sure to throw up a few surprises for the Frenchman.

A total of 12 Australians will launch their claims for a main draw berth during the qualifying tournament.

Matt Ebden is back in action after his withdrawal from the Hopman Cup due to injury. He will take on German 24th seed Matthias Bachinger.

John-Patrick Smith also meets a German when he comes up against 20th seed Alexander Zverev while Benjamin Mitchell will initiate his campaign against 27-year-old Ukranian Illy Marchenko.

Matt Reid, Marc Polmans, Gavin Van Peperzeel, Andrew Harris, Maverick Banes, Omar Jasika, Dane Propoggia, Blake Mott and Harry Bourchier all received wildcards into the event and will look to make the most of their opportunities at their home tournament.