Eleven Australians will take to the courts this week for ATP and WTA events in Kuala Lumpur, Shenzhen and Wuhan. 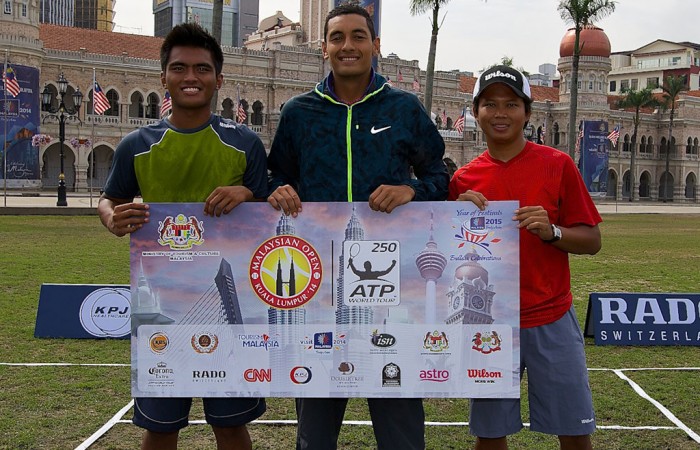 In further evidence of Australia’s increasing presence at the top of the game, a large contingent will contest ATP and WTA events in Asia this week.

Jasika, the reigning US Open boys’ singles and doubles champion, has received a wildcard and will face Rajeev Ram of the United States in his first tour-level main draw appearance.

The winner faces a second-round meeting with top seed and US Open men’s finalist Kei Nishikori of Japan.

Tomic has landed in the bottom half of the draw, taking on Pierre-Hugues Herbert of France in round one; looming as a potential second-round opponent is sixth seed Joao Sousa, who reached the ATP Metz final at the weekend.

Also in the draw is Aussie No.4 Marinko Matosevic, who will face Kyrgios – the tournament’s eighth seed – in the opening round.

In China, another three Aussies – Sam Groth, Matt Ebden and James Duckworth – will fly the flag in the ATP 250-level event in Shenzhen.

Groth and Duckworth face off in an all-Aussie first round affair, with the winner handed a second-round stoush with No.4 seed Tommy Robredo of Spain.

In the same quarter of the draw, Ebden takes on Italy’s Simone Bolelli in his opening match.

Aussie teen Thanasi Kokkinakis stands one win away from joining his compatriots in the main draw – he will face Michael Venus of New Zealand on Monday in the final round of qualifying.

Further north in China, another trio of Aussies – Sam Stosur, Casey Dellacqua and Jarmila Gajdosova – will contest the inaugural Wuhan Open, a US$2.4 million WTA Premier event featuring nine of the world’s top 10.

Stosur faces last week’s Seoul champion Karolina Pliskova in the opening round, while Dellacqua takes on Roberta Vinci of Italy, with a likely second-round battle looming against Tokyo champion and No.9 seed Ana Ivanovic.

Gajdosova recovered from a set down in two straight matches to qualify for the main draw, where she will take on 15th seed Flavia Pennetta.