Australia's Casey Dellacqua has jumped two spots on the women's world tennis rankings to a career-high No.31, putting her in prime position for a US Open seeding. 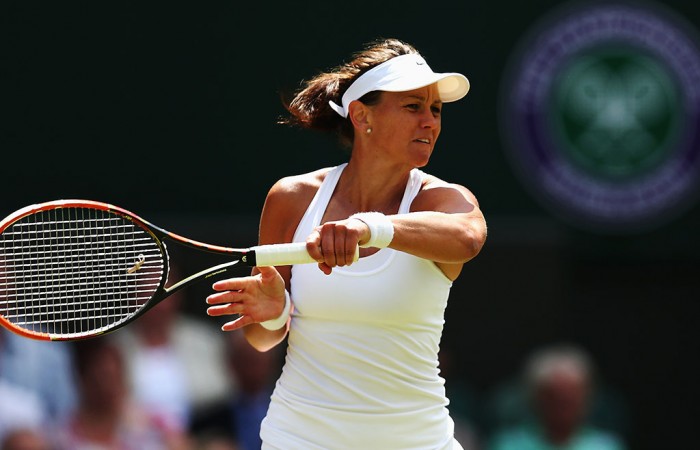 Australia’s Casey Dellacqua has jumped two spots on the women’s world tennis rankings to a career-high No.31.

Dellacqua joined compatriot 19th-ranked Sam Stosur in the top 32 on Monday, and is now a chance of being seeded at next month’s US Open.

“Feeling a tad excited that I am at a new career high of #31 today,” the 29-year-old wrote on Twitter.

It would be the first time in her career that Dellacqua would be seeded in the singles draw at a Grand Slam event.

Olivia Rogowska is coming closer to joining her fellow Aussie women in the top 100, climbing two places to a career-high ranking of No.104.

A top 100 berth could be a possibility after Rogowska qualified for the WTA Citi Open in Washington DC over the weekend.

Meanwhile, Marinko Matosevic returned to the top 50, moving up three places in the men’s rankings to world No.49 after reaching the quarterfinals of the ATP Atlanta Open late last week.

While there were slight dips in the rankings for Lleyton Hewitt (who dropped five spots to 45th), Nick Kyrgios (who slipped down four to 69th), Bernard Tomic (down two to No.72), Matt Ebden and Sam Groth, Australia retains six men in the top 100.

Coming up behind them is James Duckworth, who rose nine places to world No.155 on the back of his maiden ATP Challenger victory in Lexington.

Thanasi Kokkinakis, who reached the Lexington semifinals before falling to Duckworth, rose 27 places to world No.216, cracking the top 10 of the Australian rankings in the process.