Jordan Thompson had made a winning start to his gentlemen's doubles campaign at Wimbledon 2022. 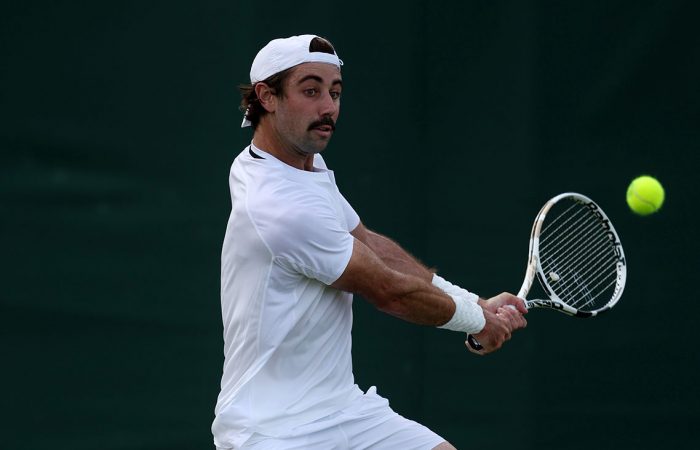 Australia’s Jordan Thompson and Portuguese partner Joao Sousa have staged a remarkable comeback to progress to the second round in the Wimbledon 2022 gentlemen’s doubles competition.

The duo fought back from a two-set deficit to beat Australia’s Luke Saville and his Dutch partner Matwe Middelkoop 2-6 4-6 7-6(4) 6-3 6-3 in a three-hour and four-minute battle.

This equals 28-year-old Thompson’s career-best result in a Wimbledon doubles draw, having also advanced to the second round on three previous occasions (most recently in 2019).

This also marks the first time in his career that Thompson has reached the second round in both singles and doubles at Wimbledon in the same year.

John-Patrick Smith has matched his career-best doubles result at Wimbledon too, progressing to the second round for the sixth time. The 33-year-old Aussie teamed with Spain’s Pedro Martinez to record a straight-sets win against Kazakhstan’s Andrey Golubev and Ukrainian Denys Molchanov.

However, James Duckworth’s tournament came to an end. He lost his opening-round doubles match alongside American Marcos Giron in four sets.

A delayed start to play on day three due to inclement weather meant several scheduled matches were postponed, including ones involving Australian contenders John Peers, Thanasi Kokkinakis and Nick Kyrgios.

In ladies’ doubles action, Aussie combination Daria Saville and Ajla Tomljanovic were knocked out in the opening round.