Thanasi Kokkinakis is among five Australians schedule to compete on day seven at Roland Garros 2022. 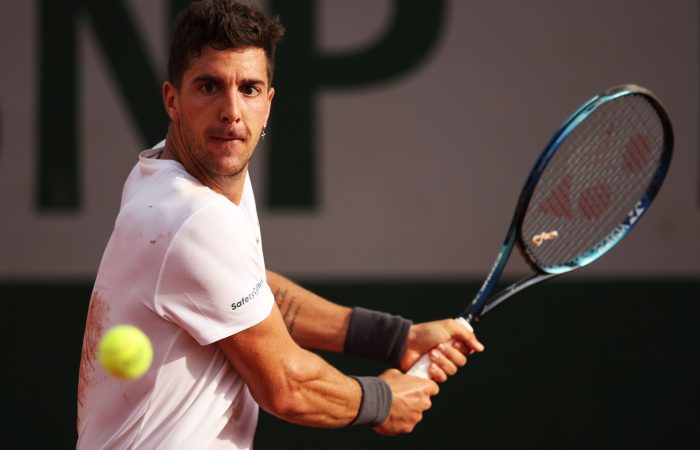 Quarterfinal spots are the reward on offer for four Australian players on day seven at Roland Garros 2022.

Sam Stosur, Matt Ebden and John Peers all feature in second-round mixed doubles action, while Thanasi Kokkinakis will look to continue his stellar season in the third round of the men’s doubles competition.

Victory would propel each into the final eight of their respective draws.

Sam Stosur (AUS)/Matthew Ebden (AUS) v Lyudmyla Kichenok (UKR)/Rafael Matos (BRA)
Mixed doubles, second round, Court 9, second match
Although world No.13 Stosur and world No.37 Ebden are teaming up for the first time at Roland Garros, they boast a strong record as a combination. They have won seven of their 10 Grand Slam matches together and memorably advanced to the Australian Open 2021 final. This experience could prove telling against first-time partners Kichenok and Matos.

[3] Gabriela Dabrowski (CAN)/John Peers (AUS) v Alicja Rosolska (POL)/Lukasz Kubot (POL)
Mixed doubles, second round, Court 6, third match
Third seeds Dabrowski and Peers made a promising start to their new partnership, conceding only four games in the opening round. The 33-year-old Peers, Australia’s top-ranked man in doubles at world No.15, is aiming to reach his third mixed doubles quarterfinal in Paris – and first since 2019.

Thanasi Kokkinakis (AUS)/Alexander Bublik (KAZ) v Ivan Dodig (CRO)/Austin Krajicek (USA)
Men’s doubles, third round, Court 7, third match
Kokkinakis has extended his winning streak in Grand Slam doubles matches to eight and is now targeting a first quarterfinal appearance at Roland Garros. The 26-year-old Aussie and Kazakh partner Bublik are yet to drop a set this tournament. However, they face a big test against in-form Dodig and Krajicek, who clinched an ATP title at Lyon last week and have won six consecutive matches.

Ajla Tomljanovic (AUS)/Misaki Doi (JPN) v Ulrikke Eikeri (NOR)/Catherine Harrison (USA)
Women’s doubles, second round, Court 14, third match
Tomljanovic has matched her career-best doubles result in Paris, advancing to the second round for the fourth time. The 29-year-old Aussie, who is partnering Doi for the first time, is now looking to progress to the third round at a major tournament for the first time since the 2018 US Open.