Alex Bolt, Thanasi Kokkinakis and Storm Sanders are set to compete at the Adelaide International, while Nick Kyrgios has been awarded a Sydney Tennis Classic wildcard. 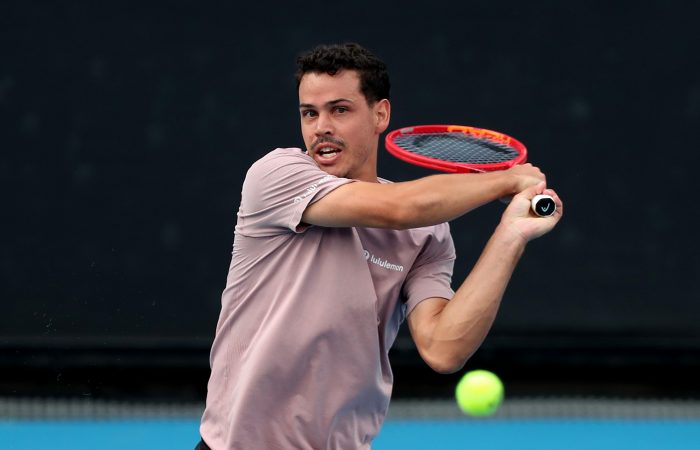 South Australian locals Alex Bolt and Thanasi Kokkinakis, along with Western Australia’s Storm Sanders, have been awarded wildcards for the first week of the Adelaide International.

The tournament begins at Memorial Drive on 2 January.

After a career-best season in 2021, world No.137 Bolt is excited for the opportunity to begin the new year in Adelaide.

“I grew up training on the Centre Court here at Memorial Drive, so to be able to come back and play a tour event here again is a dream come true,” said the 28-year-old Bolt, who made his first ATP quarterfinal as a wildcard at the Adelaide International in 2020.

“It’s a pretty big deal for me to be able to play here in front of my family and friends. When I am home and in front of my home crowd, I feel like that brings the best out in me. The atmosphere is going to be amazing. Hopefully I can build on what I did towards the end of this year, have a good Aussie summer and kick start my year.”

World No.171 Kokkinakis is set to make his Adelaide International debut, with the 25-year-old determined to continue rebuilding his form and confidence after a challenging run with injuries.

While Sanders returns to the Adelaide International, where she reached her first tour-level quarterfinal as a qualifier earlier this year. It was the beginning of a remarkable season for the 27-year-old Sanders, who achieved a career-high ranking of No.119 in October.

Nick Kyrgios has been awarded a main draw singles wildcard for the Sydney Tennis Classic, which begins on 10 January.

The world No.93 joins fellow Aussie Alex de Minaur in the field for the ATP 250 event. World No.1 Ash Barty headlines the WTA 500 tournament, which will be played concurrently at Sydney’s Olympic Park.

“I’ve been training at home in Canberra and here in Sydney, and I feel good after an extended break from the game,” said the 26-year-old Kyrgios.

“I’m looking forward to the final hit-out before the AO, thanks to Tennis Australia for the opportunity to play.”

Kyrgios has also received a wildcard for a Melbourne Summer Set tournament, which begins at Melbourne Park on 4 January.