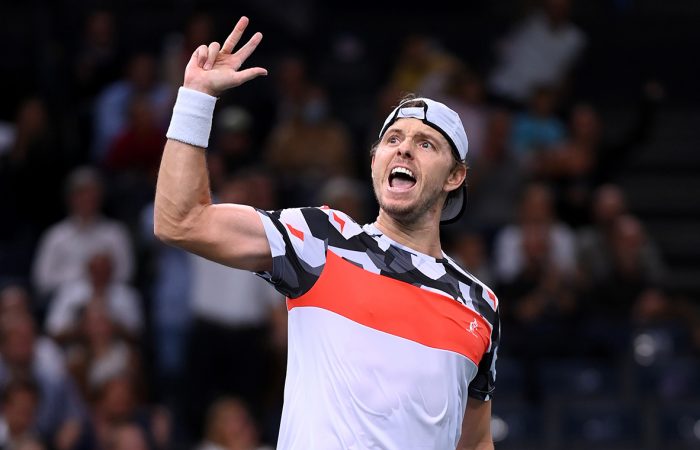 James Duckworth makes his top-50 debut in this week’s ATP Tour men’s singles rankings. The 29-year-old rises eight spots to world No.47 after reaching the quarterfinals at the Paris Masters, his career-best result at ATP Masters 1000 level.

Alexei Popyrin is also at a new career-high, with the 22-year-old improving 12 places to world No.59 after reaching the third round in Paris.

Aleksandar Vukic has set a new career-high too, jumping up 18 spots to world No.172 after recording a runner-up finish at an ATP Challenger in America. This propels 25-year-old Vukic into ninth place in the Australian top 10, relegating Max Purcell into 11th position.

Moerani Bouzige is the biggest mover of the week, with the 22-year-old rising 117 spots to world No.861 after advancing to back-to-back ITF finals in Tunisia.

There is also good news for Rinky Hijikata and Li Tu.

Hijikata continues to improve, with the 20-year-old moving 50 spots to a career-high world No.377 after winning his fourth ITF title of the season. Tu has also won four ITF titles so far this season, claiming his most recent one last week in France with victory against fellow Australian Dane Sweeny in the final. After starting the year unranked, the 25-year-old Tu is now at world No.612.

Among them is Lizette Cabrera, who improves nine places to world No.173 after a quarterfinal appearance at a WTA 125 tournament in America.

Olivia Gadecki also returns to the Australian top 10 at a career-high world No.230, with the 19-year-old overtaking fellow Queenslander Priscilla Hon in the latest rankings.

Ivana Popovic is the biggest mover of the week, improving 22 spots to world No.454. The 21-year-old has been in promising form at ITF tournaments in America.

John Peers continues to climb the ATP Tour doubles rankings, improving two spots to world No.12. This follows a semifinal appearance at the Paris Masters.

Tristan Schoolkate takes biggest mover honours, rising 90 spots to a career-high world No.547 after winning his second ITF title of the season. His partner, and fellow Aussie, Blake Ellis rises 41 places to world No.447.

Storm Sanders makes her top-30 debut in the latest WTA doubles rankings. The 27-year-old rises three places to world No.30.

Sam Stosur, Australia’s top-ranked woman, is set to play at the WTA Finals in Mexico this week. The 37-year-old Stosur, who is currently ranked No.24, has qualified alongside Chinese partner Zhang Shuai.