Alex de Minaur leads the Australian charge at the Paris Masters this week. He is one of five Aussies competing in the main draw at the tournament. 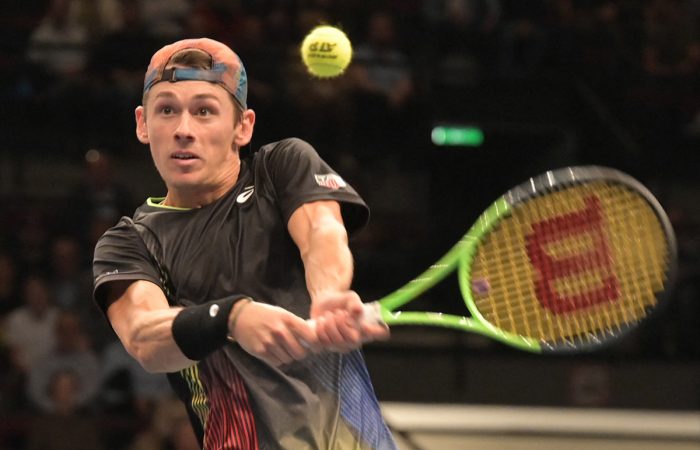 Five Australians feature in main draw action at this week’s Paris Masters, the final ATP Masters 1000 tournament of the season.

Alex de Minaur leads the Aussie charge in the men’s singles competition, facing US Open quarterfinalist Lloyd Harris in the opening round.

Alexei Popyrin’s bid to join them in the main draw has fallen just short, losing to top-seeded American Tommy Paul in three sets in the final qualifying round overnight.

John Peers and Slovak partner Filip Polasek receive an opening-round bye in the doubles competition. Currently sitting 10th in the race to the ATP Finals, they are hoping for a deep run to secure one of the final places in the prestigious eight-team season-ending championships.

De Minaur and partner Luke Saville play Serbian wildcards Novak Djokovic and Filip Krajinovic in the first round. World No.1 Djokovic is contesting his first tournament since his US Open final loss in September.