Australian John Millman has eliminated fourth-seeded Russian Aslan Karatsev in the second round at the St. Petersburg Open. 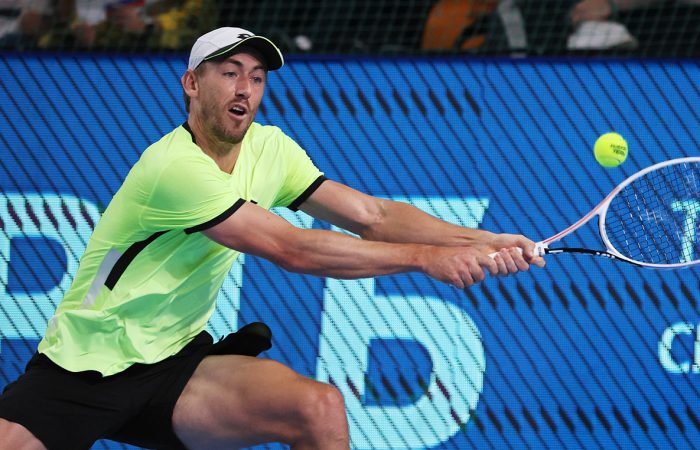 John Millman has scored his second top-20 victory of the season, beating world No.19 Aslan Karatsev at an ATP 250 tournament in St. Petersburg.

The 32-year-old Australian did not lose serve in the second-round match, saving all four break points he faced in an impressive 6-3 6-2 win.

However, Millman continued his own run of good form. The world No.57 lost only 12 points in total across his service games, as he recorded his ninth win from his past 12 matches.

It is Millman’s ninth career win against a top 20-ranked opponent and sets up a quarterfinal showdown with fifth-seeded American Taylor Fritz.

Alex de Minaur tested world No.4 Alexander Zverev in their second-round showdown at an ATP 500 tournament in Vienna, extending the second-seeded German to three sets.

There was better news for Australians in the men’s doubles competition, with John Peers and Slovak partner Filip Polasek progressing to the semifinals.

The third-seeded combination extended their current winning streak to seven matches with a 6-7(4) 6-3 [10-4] victory against Austrian wildcards Oliver Marach and Philipp Oswald.