Australian Ajla Tomljanovic is through to the second round at a WTA 250 tournament in Romania. 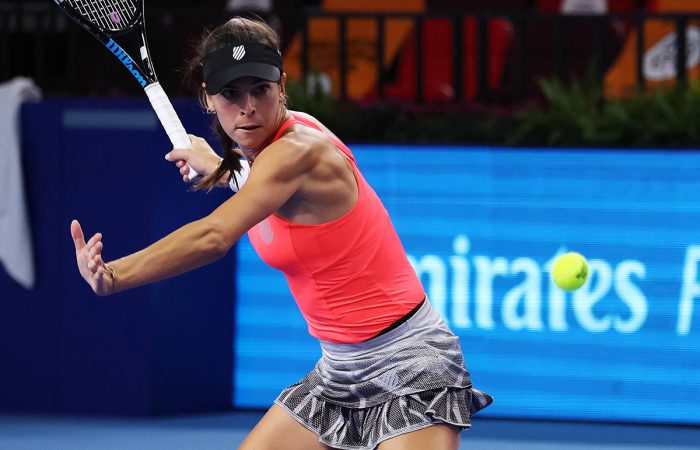 Ajla Tomljanovic’s career-best season is continuing at the Transylvania Open in Romania this week.

The 28-year-old Australian progressed to the second round of the WTA 250 tournament with a stirring 6-2 5-7 7-5 victory against world No.68-ranked Russian Anastasia Potapova today.

World No.43 Tomljanovic’s improved calmness under pressure was evident, bouncing back from losing a tight second set and a 3-5 deficit in the deciding set, to secure victory in two hours and 27 minutes.

It is Tomljanovic’s 29th win this year, the most she has ever recorded in a single season.

Tomljanovic faces either Slovenian Kaja Juvan or Romanian wildcard Jaqueline Cristian in the second round.

Alex de Minaur has made a winning start at an ATP 500 tournament in Vienna, defeating two-time Grand Slam finalist Kevin Anderson in the opening round.

The 22-year-old Australian recorded a 6-3 7-6(3) victory after withstanding a strong serving display from Anderson, which included 21 aces.

De Minaur now faces either world No.4 Alexander Zverev of Germany or No.40-ranked Serbian Filip Krajinovic in the second round.

The winning run of qualifier Alexei Popyrin ended with a first-round loss to world No.7 Matteo Berrettini.

James Duckworth has lost his opening-round match at an ATP 250 tournament in St. Petersburg.

Duckworth built an early 4-1 lead and proved clutch under pressure, saving nine of the 11 break points he faced throughout the match. However, it wasn’t enough to stop world No.53-ranked Struff.