Australia's Max Purcell has advanced to his second ATP Challenger singles final of the season. 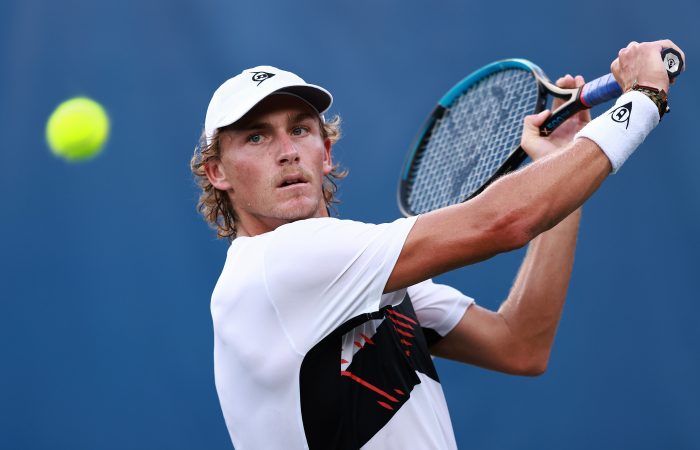 Max Purcell has won an all-Australian battle to advance to his second ATP Challenger singles final of the season.

The 23-year-old Purcell scored a hard-fought 7-6(3) 7-6(6) victory against compatriot Aleksandar Vukic in the semifinals, serving 18 aces and saving multiple set points in the one-hour and 46-minute clash.

The No.189-ranked Purcell is yet to lose a set this week. He now plays American Stefan Kozlov, a 23-year-old ranked No.301, for the title.

Purcell, who has won 18 of his past 27 matches, is aiming to win his third career ATP Challenger singles title – an effort that could propel him into the world’s top 170 for the first time.

Three Australians – Maddison Inglis, Lizette Cabrera and Priscilla Hon – have scored opening-round wins in the qualifying competition at a WTA 500 tournament in Chicago.

World No.131 Inglis scored a comfortable straight-sets victory against Germany’s Julia Lohoff, while world No.162 Cabrera fought past Brit Tara Moore in three sets and world No.246 Hon defeated Norway’s Ulrikke Eikeri in another three-set clash.

The trio are aiming to join fellow Australian Ajla Tomljanovic in the main draw.

Alex Bolt has advanced to the final qualifying round at an ATP 250 tournament in San Diego.

Bolt was the sole Australian winner today, with Jordan Thompson and Jason Kubler both losing their qualifying matches.

Bolt now plays No.68-ranked Anderson for a place in the main draw.