Fourth seed Karolina Pliskova has knocked out Australian Ajla Tomljanovic in the third round of the US Open 2021 women's singles competition. 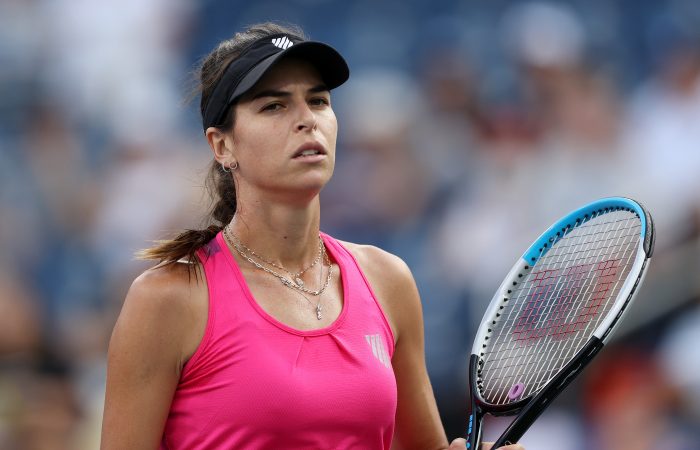 Ajla Tomljanovic’s career-best run at the US Open has ended in the third round – but it took one of the world’s most in-form players to stop her.

Fourth-seeded Czech Karolina Pliskova entered their showdown with 17 wins from her past 21 matches, which included finals appearances at Wimbledon and Montreal.

And with her confidence brimming, the US Open 2016 finalist and former world No.1 fired 20 aces and struck 33 winners in a commanding 6-3 6-2 victory against Tomljanovic in New York today.

The 28-year-old Australian’s resolve was unquestionable in the 71-minute match, but Pliskova simply had too many answers.

Tomljanovic, who finished the match with eight winners and 15 unforced errors, struggled to have an impact on Pliskova’s service games. The world No.46 did earn five break points, but was unable to convert any.

There are still many positives for Tomljanovic to take from her performance in New York this week, where she progressed beyond the second round for the first time in her eighth main draw appearance.

Playing with newfound self-belief, the Australian increased her 2021 tally of Grand Slam singles wins to eight – the most she has ever recorded in a single season. Her previous best was four, achieved back in 2014.

Tomljanovic is still alive in the US Open women’s doubles draw and will play her second-round match alongside German Andrea Petkovic tomorrow.

World No.1 Ash Barty also exited in the third round, beaten by American Shelby Rogers. Barty served for the match twice, but world No.43-ranked Rogers fought back to record a 6-2 1-6 7-6(5) victory.

The No.10 seeds recorded a 6-0 6-1 victory, hitting 21 winners and conceding only nine points on serve to move into the third round. It is the second time in 27-year-old Sanders’ career she has advanced to this stage in a Grand Slam women’s doubles draw.

While Max Purcell and Ukrainian Dayana Yastremska continued their winning run in mixed doubles, progressing to the quarterfinals with a 6-3 6-3 victory over Canadian Gabriela Dabrowski and New Zealand’s Marcus Daniell.