Popyrin powers into US Open second round

Australian Alexei Popyrin has scored a four-set opening-round win against Moldova's Radu Albot at the US Open. 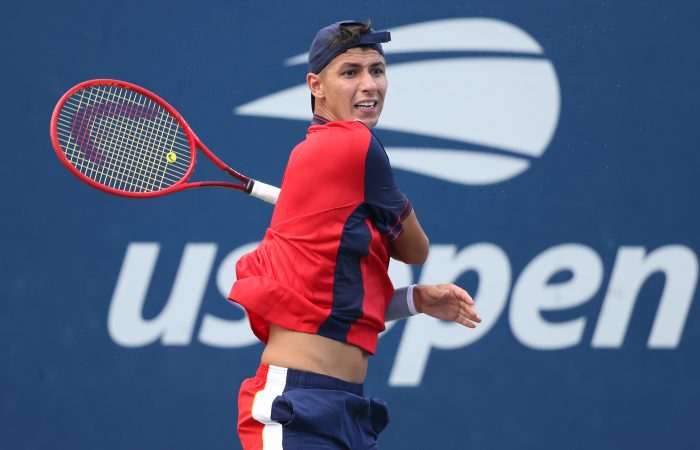 Alexei Popyrin is the first Australian to score a main draw singles win at this year’s US Open.

The world No.73 is through to the second round in the men’s singles competition after recording a 6-3 6-7(3) 6-3 6-3 victory against Moldova’s Radu Albot in New York today.

The 22-year-old Popyrin served 13 aces and did not drop serve in the two-hour and 36-minute match against the world No.108.

Popyrin will face No.15 seed Grigor Dimitrov, a US Open semifinalist in 2019, in the second round. They have played once before, with the 30-year-old Bulgarian recording a three-set win during the Melbourne Summer Series earlier this year.

In other day one action, James Duckworth lost a heart-breaking five-set battle with Spain’s Pedro Martinez. The 29-year-old Australian had five match points in the third set of the four-hour clash.