Australia's James Duckworth has recorded an impressive second-round victory against world No.15 Jannik Sinner at the Canada Masters. 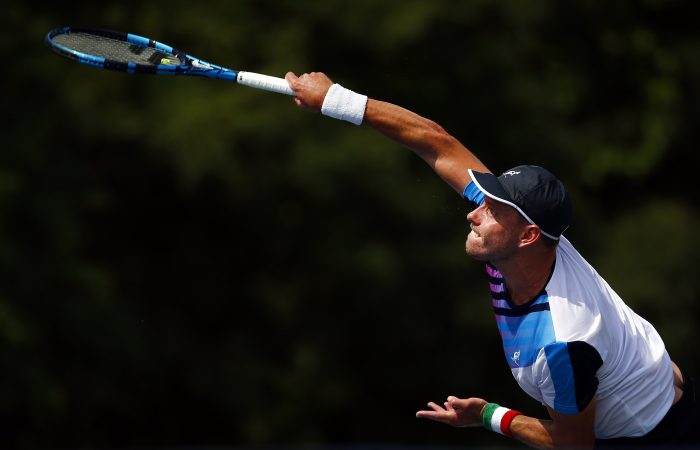 James Duckworth has recorded one of the biggest wins of his career to advance to the third round at the Canada Masters.

Duckworth did not lose serve in the 76-minute match against the 19-year-old Italian, who entered the tournament with brimming confidence after winning an ATP 500 title in Washington last week.

It is the second top-20 win of Duckworth’s career and sets up a third-round showdown with world No.2 and top-seeded Russian Daniil Medvedev.

After progressing through qualifying in Toronto this week, world No.85-ranked Duckworth is now projected to make his top-70 debut in the next instalment of rankings.

Alex de Minaur’s tournament is over however, with Georgian Nikoloz Basilashvili having too much firepower in their second-round match. World No.42-ranked Basilashvili posted a 6-1 6-1 victory in 56 minutes.

Ellen Perez and Czech partner Kveta Peschke have continued their impressive march in the doubles draw at the Canadian Open in Montreal.

This performance matches 25-year-old Perez’s best career result at WTA 1000-level, having also made quarterfinals at Madrid in May (with China’s Zheng Saisai) and Cincinnati last August (with Australia’s Storm Sanders).

Perez and former world No.1 Peschke play unseeded Magda Linette of Poland and American Bernarda Pera in the quarterfinals.