Australian James Duckworth has earned his place in the main draw at an ATP Masters 1000 tournament in Toronto. 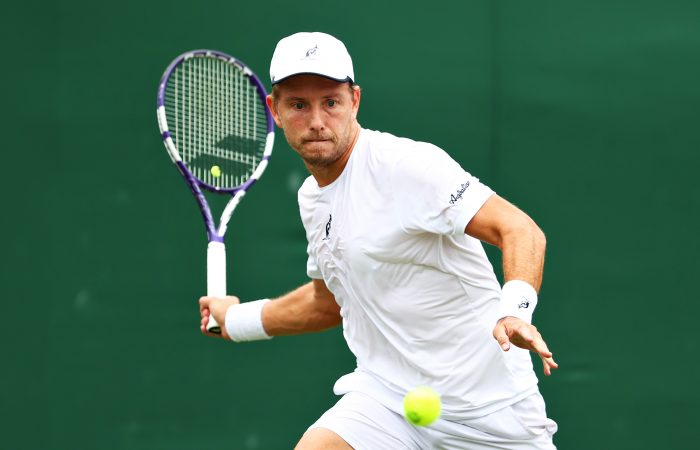 James Duckworth has qualified for an ATP Masters 1000 tournament in Canada this week.

The world No.80 scored a 4-6 6-1 6-2 final qualifying round victory against Canadian wildcard Peter Polansky to seal his main draw spot.

Duckworth hit eight aces and only faced a single break point in the one-hour and 49-minute match.

It marks the first time that the 29-year-old will compete in the tournament’s main draw, having lost in the final qualifying round on three previous occasions.

Duckworth, who has been pitted against American Taylor Fritz in the opening round, joins fellow Aussies Alex de Minaur, John Millman and wildcard Nick Kyrgios in the draw.

This is only the fourth ATP Masters 1000 appearance of Duckworth’s career. He posted a career-best result at this level at Miami earlier this season, defeating world No.13 David Goffin during a third-round run.

Ajla Tomljanovic is sole Australian representative in the singles draw at a WTA 1000 tournament in Montreal this week.

The world No.50 plays France’s Fiona Ferro in the opening round.

Ellen Perez and Czech partner Kveta Peschke, who were semifinalists in San Jose last week, are the seventh seeds in the doubles draw.