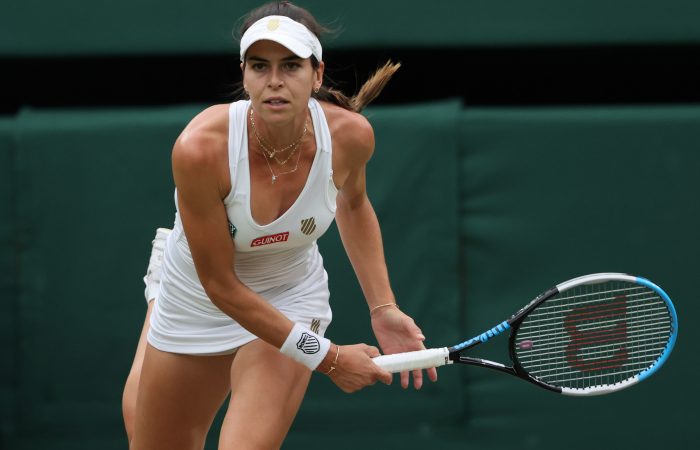 “She really kind of killed me in that first set,” Tomljanovic admitted.

But Tomljanovic fought back from a 3-5 deficit in the second set, saving a match point in the 10th game and reeling off four consecutive games to level the match at one set apiece.

The 27-year-old Australian showed more of her fighting spirit in the deciding set, saving another match point at 3-5 and then winning the final four games in a two-hour and 10-minute battle.

“I found a way to win,” said a pleased Tomljanovic. “I knew my tennis was there if I could start hitting out and finding my spots, which I did.”

The 22-year-old Australian, who is ranked No.269 and earned her spot in the draw as a qualifier, scored a 6-2 6-2 victory against Croatia’s Jana Fett.

Mendez, who is making her first appearance in a tour-level main draw, now plays Ukrainian Lesia Tsurenko in the second round.

It has been a day to forget for Australian players at an ATP 500 tournament in Washington, with four losing opening-round matches. This included defending champion Nick Kyrgios.

World No.107-ranked American Mackenzie McDonald recorded a 6-4 6-4 victory against Kyrgios. The Australian hit nine aces in the 77-minute battle, but served up six double faults and was broken twice.

After saving two match points on serve at 3-5 in the second set, Kyrgios earned two break points on McDonald’s serve in the next game. The Australian’s hopes of staging a comeback were soon quashed though, with McDonald fighting back to close out victory.

Brandon Nakashima, a 19-year-old American who has reached back-to-back ATP finals in the past fortnight, continued his winning run with a 6-3 6-3 victory against Australia’s Alexei Popyrin.

Alex de Minaur and John Millman, who both received first-round byes, are the last remaining Australians in the singles draw.