Australian Alex Bolt has matched his career-best result at ATP Tour level with a quarterfinal run in Mexico. 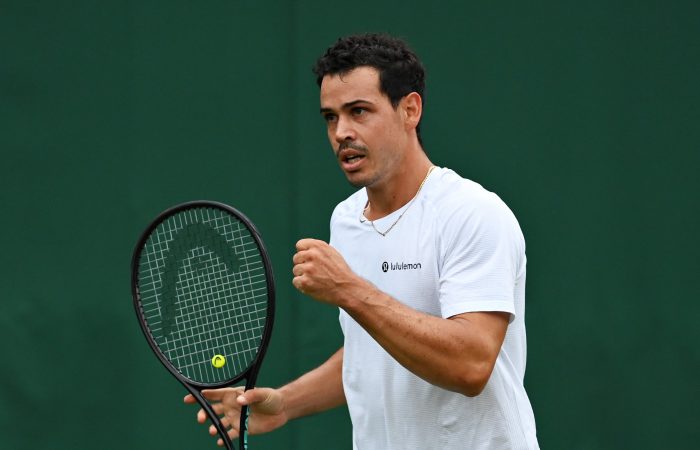 Alex Bolt and Jordan Thompson scored contrasting second-round wins today at the Los Cabos Open. It means for the first time in the tournament’s history, two Australian players have advanced to the quarterfinals at the ATP 250 hard-court event.

Bolt continued his impressive form to record a comprehensive 6-3 6-1 win against Ecuador’s Emilio Gomez and equal his best ever result at tour-level.

The 28-year-old Bolt was not broken and conceded only 10 points on serve in the 65-minute match. The world No.148-ranked Australian will face second-seeded American John Isner in the quarterfinals.

Bolt made his only other ATP-level quarterfinal appearance as a wildcard at the Adelaide International in January 2020.

Serving 10 aces and winning 84 per cent of points on his first serve, Thompson moves into his fourth ATP quarterfinal of the season. He plays rising 19-year-old American Brandon Nakashima for a place in the semifinals.

Astra Sharma and Maddison Inglis have both progressed to the second round in singles at a WTA 250 tournament in Palermo this week. However, their doubles campaigns have ended at the first hurdle.

Sharma and Inglis both play their second-round singles matches tomorrow.

Fourth seed Cristian Garin proved too strong for Australian Marc Polmans in their second-round clash at an ATP 250 tournament in Gstaad.

Playing at Roy Emerson Arena, named after the Australian tennis legend, Polmans only managed to win five points on return. It meant the world No.19 recorded a comfortable 6-3 6-0 victory.