Australian players preparing for the Tokyo Olympics, including Queensland's John Millman, are celebrating news that Brisbane will be host city in 2032. 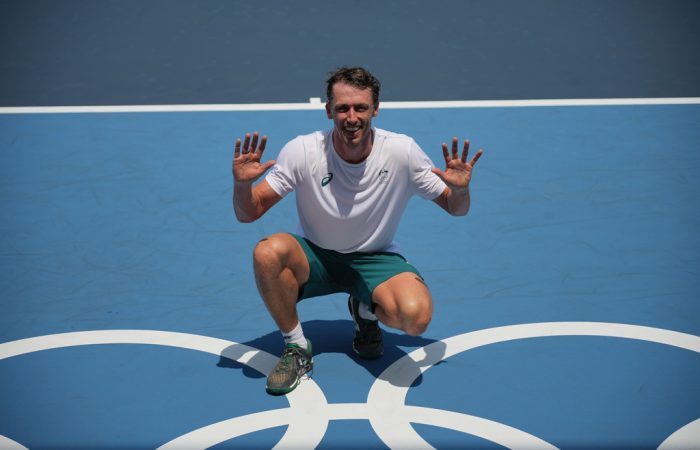 Australia’s current tennis stars have predicted a new wave of world-class tennis players will be inspired following the news that Brisbane will host the Summer Olympic and Paralympic Games in 2032.

Brisbane was formally announced as the host city after a vote of the IOC congress in Japan, just days before the Tokyo Games commence.

Brisbane’s John Millman said the Brisbane 2032 Olympics would be a defining moment for his home city and will inspire many more players to set and chase new sporting dreams.

“I’m a proud Queenslander. I’m a proud Brisbanite I think for local junior players that are playing now, it really gives something to aspire to and the thing is what you need to have as a kid and what I had as a kid, is a dream. Not just with tennis players, but any young aspiring athlete is, is to dream big,” Millman said.

“One of the biggest dreams you can have is to represent your country in the Olympic games. It’ll give a player a goal to represent their country in a home Olympics. I think that would be one of the most special things that you could aspire to.”

Brisbane bound! Australian players including John Millman and Sam Stosur are celebrating news that the Olympics will return to Australia in 2032 #Brisbane2032 @johnhmillman @bambamsam30 pic.twitter.com/uINKUVWeey

Fellow Queenslander, Sam Stosur who is appearing in an historic fifth Olympic Games in Tokyo, believes Brisbane will deliver an Olympic and Paralympics Games that inspires many developing players in the sport.

“I think to have an Olympics in your home country in Australia is going to be amazing. If you are 15 or 16 years old and playing at the moment, and you know that there is an Olympic games coming up… that’d be absolutely something fantastic to strive for,” Stosur said.

Another Queensland player, Ajla Tomljanovic is already planning to be in the stands for the 2032 Olympics.

The Queensland Tennis Centre is expected to host Brisbane’s Olympic and Paralympics tennis competition – a site that James Duckworth trains at daily and knows intimately.

“It’s a great city. They’ve got great sporting facilities, particularly the tennis facility. To watch an Olympic games there, It will be just so special,” Duckworth said