Alex de Minaur matches his career-high of No.18 in the latest ATP Tour singles rankings. 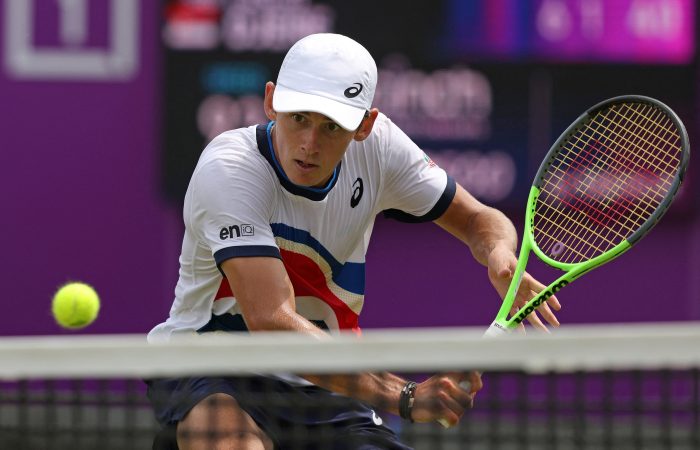 After his semifinal run at Queen’s Club, Alex de Minaur has returned to a career-high of No.18 in the latest ATP Tour men’s singles rankings. The 22-year-old rises four spots to reclaim his position inside the world’s top 20.

Alex Bolt is the biggest mover of the week, jumping 45 places to world No.150 after winning an ATP Challenger title in Nottingham. The 28-year-old is now the No.8-ranked Australian man.

Arina Rodionova is the biggest mover in the latest WTA Tour singles rankings, improving 19 spots to world No.149 after reaching the biggest ITF Tour singles final of her career at Nottingham. The 31-year-old is now the No.7-ranked Australian woman.

Storm Sanders sets another a new career-high this week, improving two places to world No.147, while Olivia Gadecki continues to make giant strides in her first year on tour. The 19-year-old rises 126 places to a career-high of No.388 after recently making an ITF Tour singles final in Madrid.

Eight Australians are inside the world’s top 100 in the latest ATP Tour doubles rankings.

Marc Polmans returns to the elite category for the first time since January 2018, rising 11 spots to world No.100 after winning an ATP Challenger title alongside Matt Reid in Nottingham last week. Reid improves four places to world No.90.

Luke Saville is at a career-high No.32, while Jordan Thompson has returned to the Australian top 10 after a second-round appearance alongside Saville in Halle last week.

A third finals appearance this season has consolidated Ellen Perez’s place in the world’s top 50 in the latest WTA doubles rankings. Perez improves one spot to world No.49 after her runner-up effort in Birmingham.

Outside the Australian top 10, Destanee Aiava improves 27 places to world No.223 and Olivia Gadecki jumps 59 spots to a career-high of world No.286 after their recent success on the ITF Tour.