With six local players still in singles action, Australians are capitalising on some stunning opportunities at Melbourne Summer Series events. 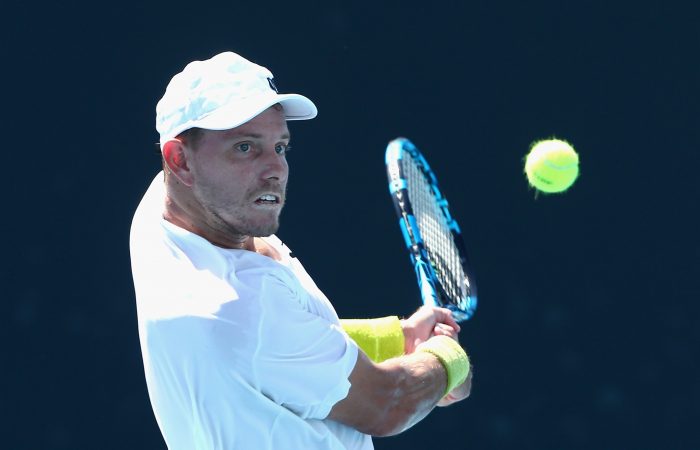 There was no mistaking the sense of opportunity as Australian players kicked off their 2021 season at Melbourne Summer Series tournaments – and after an unavoidable disruption to tournament schedules, several are determined to build on those opportunities as play resumes.

Among the six local players who will contest high-stakes singles matches at Melbourne Park on Friday are some who are enjoying breakthrough performances and others gradually returning to their best.

“I think this week is lock loaded with opportunities for young Aussies and some that have been around the block as well,” related Ash Barty, who returns to a WTA-level quarterfinal in the Yarra Valley Classic.

Barty herself perhaps slots into both categories – while just 24 years old, as a Grand Slam champion and world No.1, she’s also a relative veteran of the tour.

“Shelby has always had the ability. She’s got a big game, an exceptional game,” said Barty of the American, who has battled through an injury-impacted career.

“But I’ve played her a couple of times and we’ve always had very, very good battles. She’s a big ball striker, likes the ball on her terms, so I think I’ll have to have my running shoes on and try and neutralise as best that I can as often as I can to then turn it back on my terms.”

Some prominent local males face some tough tests. Stats suggest that Nick Kyrgios’ third-round match with Borna Coric at the Murray River Open will be an even contest, the players taking a two-all head-to-head record into their fifth match.

After back-to-back three-set victories, Alex Bolt arguably has the toughest assignment. He takes on Stan Wawrinka, top seed at the Murray River Open, for the chance to reach an ATP quarterfinal for the second time.

Bolt underlined his credentials to challenge the toughest opponents after progressing to a first quarterfinal in Adelaide last year. He went on to push Dominic Thiem, the eventual runner-up, to five sets at Australian Open 2020.

“It gave me all the confidence in the world that I could take it to these top guys,” said the South Australian. “I feel really confident going out in every match that I’m going to win.”

Jordan Thompson, the lone Australian remaining in the in the Great Ocean Road Open draw, meets Spaniard Mario Vilella Martinez in the third round.

Barty is among the many people buoyed by the size of that Australian group.

“It’s awesome to see a lot of Aussies going out there testing themselves against the best in the world and having a few wins and enjoying the Aussie summer. I think it’s a massive part of the whole calendar for us,” said the Queenslander, who notes the impact can be powerful in many ways.

“It’s a massive part of the calendar for all the young Aussies to aspire to, wanting to be involved in the Australian summer and I think with the AO just around the corner, I think everyone is pretty excited and getting ready to go.”

Aussies in action on Friday: