Team Australia must defeat Team Greece in ATP Cup action tonight to keep alive its slim chances of progressing to this year's semifinals. 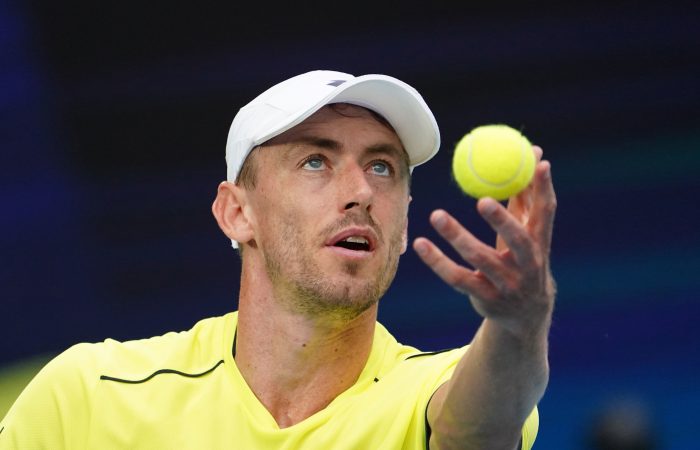 Disappointed after a 3-0 loss to Team Spain last night, the Aussies are determined to perform better in their final round-robin match against Team Greece.

For the patriotic world No.38, producing his best for his country is important. He also noted the need for personal improvement after his match yesterday.

“(I) probably needed slightly better court position, needed to execute a couple of the bigger points a little better. And you know, that’s maybe not abnormal due to the fact that it’s your first match back after a bit of a break. Sometimes those little one percenters just aren’t there,” Millman said.

“Getting some more time out on court is really important, I think, leading into an Australian Open.”

“He’s a very high-level player. He’s up there for a reason,” De Minaur noted of the world No.6. “Look, I’m going to be looking forward to going out there and testing myself.”

This is the second time these two nations have played in the ATP Cup, with Team Australia scoring a 3-0 victory in the round-robin stage in Brisbane last year.

Match 2: Alex de Minaur (AUS) v Stefanos Tsitsipas (GRE)
Alex de Minaur faces a top-10 test. His only previous win against world No.6 Stefanos Tsitsipas was at an ATP Challenger on grass in 2017. The following year they faced off in the Next Gen ATP Finals, proving why they are considered two of the most exciting young talents in the game.
Head-to-head record: Tsitsipas leads 5-1
Last meeting: Tsitsipas won 6-3 6-4, Paris, 2019

Match 3: John Peers/Luke Saville (AUS) v Stefanos Tsitsipas (GRE)/Michail Pervolarakis (GRE)
Team Greece are likely to use top-ranked duo Stefanos Tsitsipas and Michail Pervolarakis in both singles and doubles, but could substitute in either Markos Kalovelonis or Petros Tsitsipas (the 20-year-old sibling of their leading player). John Peers and Luke Saville, who are both top 40-ranked doubles players, teamed for the first time yesterday and performed strongly.