Australian tennis in 2020: By the numbers

As the year draws to a close, we look back on some of the defining numbers for the top-ranked Australian players in 2020. 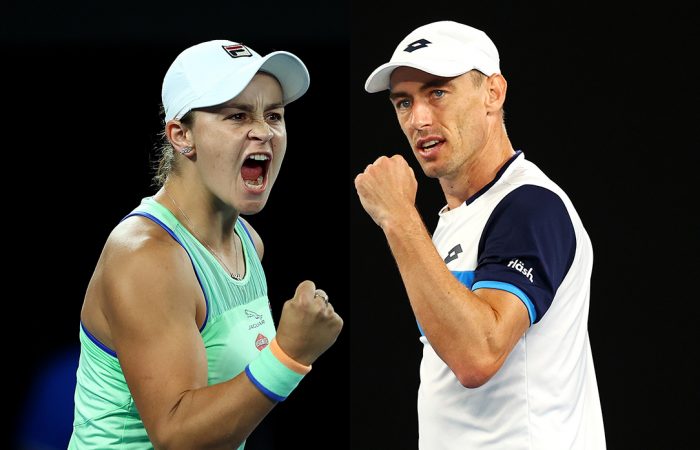 Who won the most matches? Who served the most aces? We have compiled some of the key statistics from another memorable year in Australian tennis …

Millman’s 18 match wins were the most of any Australian player at tour-level in 2020. The 31-year-old was also the only Aussie man to win a singles title, claiming his maiden ATP crown in Nur-Sultan in November.

Alex de Minaur was the next best performing Aussie with 13 wins, ahead of Ash Barty and Jordan Thompson on 11 each.

Barty made a sensational start to the season, winning the inaugural Adelaide International title and advancing to the Australian Open semifinals.

Although the world No.1 only contested four tournaments for the season, she still recorded the most top-20 wins of any Australian player. Her four top-20 victories included a straight-sets win against world No.7 Petra Kvitova in the Australian Open quarterfinals, her first top-10 win at a Grand Slam tournament.

Kyrgios served the most aces of any Australian player at tour-level events in 2020, serving 176 aces in his nine matches.

The 25-year-old Kyrgios served 169 of these aces during the Australian summer, where he was donating $200 per ace to bushfire relief efforts. After a strong serving performance steered Australia into the ATP Cup semifinals and helped Kyrgios reach the Australian Open fourth round, his donation tallied $33,800.

“If anything, (the bushfires) did fuel me and made me play harder,” Kyrgios said.

John Millman finished the season in second place with 133 aces, while Ash Barty served the most aces among Australian women with 79.

De Minaur is known for making his opponents fight for every point – and that is certainly true when he is returning. The 21-year-old won 25 per cent of games when returning in 2020, the highest of any Australian man.

Barty also topped the return leaderboard for Australian women, winning 35 per cent of return games in the 14 matches she contested for the season.

These performances helped Peers qualify for the prestigious year-ending ATP Finals for the fifth time in his career. The 32-year-old also finished the season as Australia’s top-ranked man in doubles for a sixth straight year.

Max Purcell made his Grand Slam main draw debut as a qualifier at the Australian Open. Ranked No.216 at the time, the 21-year-old Purcell defeated two seeded opponents to seal his place in the main draw.

Andrew Harris also was made his Grand Slam debut at Australian Open 2020, receiving a wildcard into the singles main draw.

Aleksandar Vukic made his first major appearance later in the season, qualifying at Roland Garros. The 24-year-old Vukic, who played college tennis in America before turning professional, defeated three higher-ranked opponents in Paris – and saved two match points in his opening qualifying round – to earn his place in the main draw.

Christopher O’Connell also celebrated a major breakthrough, recording his first Grand Slam win at the US Open. His first-round victory over world No.81 Laslo Djere in New York also marked the highest-ranked opponent the 26-year-old from Sydney had ever beaten.

Polmans’ outstanding season continued at Roland Garros, where he scored his career-first top-50 win to advance to the second round. Astra Sharma recorded her first main draw singles win in Paris too.

Alcott is the world’s top-ranked quad wheelchair player and continued his domination of the division in 2020. He claimed the Australian Open and Roland Garros singles titles, as well as winning the Australian Open (with fellow Aussie Heath Davidson) and US Open doubles (with Brit Andy Lapthorne) crowns.