After strong performances in Antwerp, Alex de Minaur's ranking is on the rise in both singles and doubles. 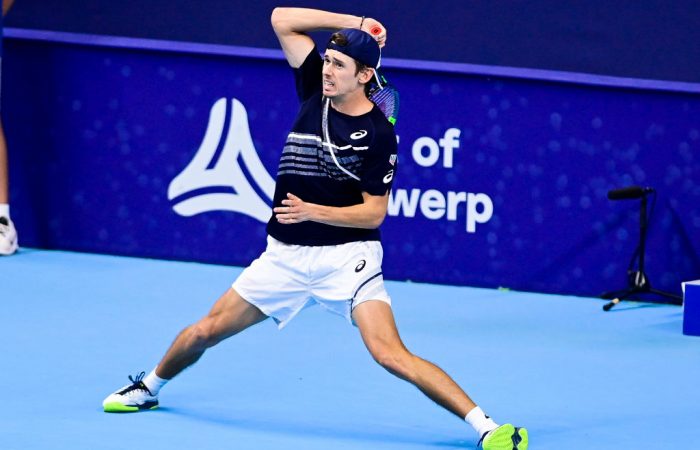 It is been a good week for Alex de Minaur, with the Australian improving both his singles and doubles ranking following his efforts in Antwerp.

De Minaur progressed to his first ATP singles final of the season in Antwerp – and the performance has returned him to the world’s top 25 in the latest ATP Tour men’s singles rankings.

The 21-year-old De Minaur rose four places to No.25, his highest ranking since February.

Ash Barty is spending her 47th week atop of the WTA Tour singles rankings, while five other Australia women among Australia’s top 10 enjoyed small rises.

John Peers continues to climb the ATP Tour doubles rankings, rising two places to No.26 after claiming his third ATP title of the season alongside New Zealand’s Michael Venus in Antwerp.

Alex de Minaur and Matt Reid also improved their doubles rankings this week after advancing to the Antwerp quarterfinals.

Peers and Venus currently sit sixth in the ATP Race to London. Aussie duo Luke Saville and Max Purcell also are in contention for one of the eight spots in the coveted year-ending championships, rising to eighth position in the race after a semifinal run in Cologne last week.

Astra Sharma is the biggest mover in the latest WTA Tour doubles rankings.

The 25-year-old improved five places to No.112 after reaching the quarterfinals in an ITF tournament in Macon, USA last week.

> AUSSIES IN ACTION: Find out who is playing this week