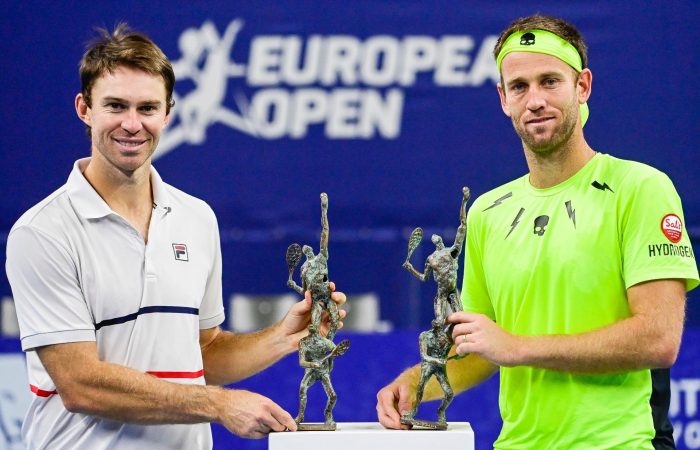 The second-seeded duo secured the title in Antwerp with a 6-3 6-4 win over Indian Rohan Bopanna and Matwe Middelkoop of the Netherlands.

“We took our chances from the start and that just put us on the front foot,” Peers told ATPTour.com.

“We created a couple of good opportunities early in the second set and didn’t take them, but we just stayed focused and kept asking questions of them to actually lift their level. We played at a good level throughout the whole match.”

It is a tour-leading third ATP title of the season for Peers and Venus – and extends their unbeaten record in finals.

“It is our first year playing together and to be able to win (our first three finals) straight off the bat is very good and very promising,” said the 32-year-old Peers.

After winning his 23rd career ATP doubles title, Peers’ ranking is projected to improve two spots to No.26.

Alex de Minaur’s hopes of making it an all-Aussie sweep were dashed in the singles final, where France’s Ugo Humbert scored a 6-1 7-6(4) victory.

The eighth-seeded De Minaur remains positive after reaching his first ATP final of the season.

“This was a very important week for me,” said the 21-year-old Australian, whose ranking is projected to improve four places to No.25.

“I have managed to get back to the level I wanted to play at and play another final, which is great for me. I am very happy with where I am. This is a huge step in the right direction.”

Both De Minaur and Peers now turn their attention to an ATP 500 tournament in Austria this week.