Jordan Thompson, John Millman and Marc Polmans have all lost their first-round matches at an ATP tournament in Germany. 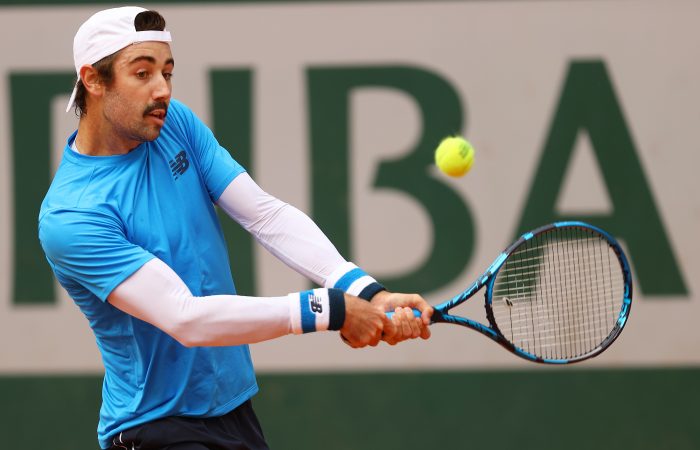 Millman won only two of eight break point opportunities in his clash with local wildcard Mischa Zverev. It proved costly, with Zverev closing out a 6-1 6-4 win at the ATP 250 indoor hard court event in Germany.

Zverev next faces sixth-seeded Hubert Hurkacz, who scored a 6-2 7-5 win against Polmans.

The No.31-ranked Polish player was forced to fight hard against the No.116-ranked Australian, recovering from a 1-5 deficit in the second set.

“I was trying to come in a little bit more, especially when it was 1-5. I tried to risk a bit more and it paid off. I gained some momentum and kept myself in the set until the end.”

Dennis Novak eliminated Thompson, with the No.94-ranked Austrian losing only 12 points on serve in a 6-3 6-3 victory.

Millman and Thompson now turn their attention to doubles. The Davis Cup team-mates play Moldova’s Radu Albot and Lithuania’s Ricardas Berankis in the first round.

John Peers and New Zealand’s Michael Venus made a winning start at the ATP tournament in Sardinia.

The No.2-seeded duo recorded a 6-3 6-4 win against Italian wildcards Marco Cecchinato and Andreas Seppi in the opening round.

It extends their record on clay this season to nine wins from 11 matches.

James Duckworth features in both singles and doubles action at an ATP 500 tournament in St. Petersburg tonight.

The No.93-ranked Duckworth plays No.17-ranked Karen Khachanov in his singles opening round.

Aleksandar Vukic has continued his career-best form at an ATP Challenger tournament in Alicante.

The 24-year-old from Sydney scored a 6-2 6-1 win over France’s Enzo Couacaud, not losing serve in the 67-minute match.

The 30-year-old Cervantes eliminated Australia’s Alex Bolt in the opening round, recording a 1-6 7-5 6-3 win.