From new career-highs to significant rises, several Australian players have made impressive moves in the latest rankings. 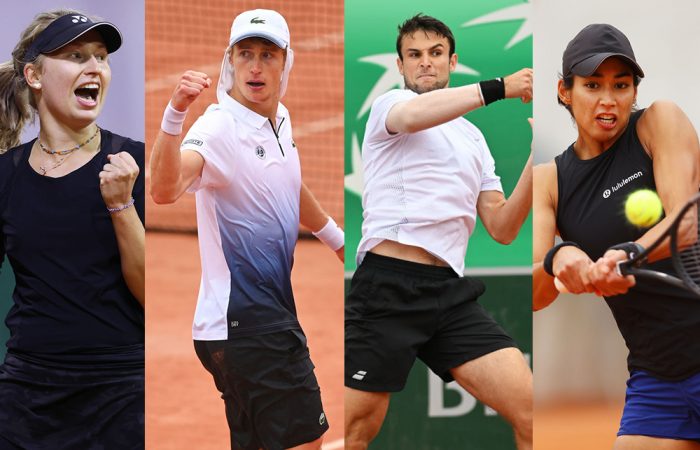 Australian players who enjoyed major breakthroughs at Roland Garros have been rewarded with ranking rises this week.

The three Australians – Marc Polmans, Astra Sharma and Daria Gavrilova – who progressed to the singles second round in Paris have made significant ranking improvements. As has Aleksandar Vukic, who earned his Grand Slam main draw debut as a qualifier.

The 23-year-old Polmans improved six spots to No.116, a reward for scoring his first top-50 win at Roland Garros.

The 24-year-old Vukic rose seven places to No.186 after defeating three higher-ranked opponents to qualify in Paris.

The 25-year-old from Perth improved seven places in the latest WTA Tour singles rankings, overtaking compatriots Maddison Inglis and Lizette Cabrera after progressing to the second round at Roland Garros.

Daria Gavrilova, who also made the second round in Paris, improved 343 places in this week’s rankings. The former world No.20, who is returning after a year sidelined with injury, is now ranked No.445.

Although Ash Barty chose not to defend her title at Roland Garros, the 24-year-old remains at world No.1.

Alex de Minaur has set a new career-high, jumping three places to No.58 after scoring his first win at Roland Garros.

His partner Matt Reid, who also recorded a first career victory in Paris, moves up nine places and is now the No.5-ranked Australian man.

Jordan Thompson is verging on the Australian top 10, rising 46 places to No.218 after also reaching the second round at Roland Garros.

While Andrew Harris improved 16 places to No.253 after making an ATP Challenger semifinal in Italy.

Ajla Tomljanovic is the biggest mover among the Australian top 10 in the latest WTA Tour doubles rankings.

The 27-year-old improved 24 places to No.124 after reaching the second round at Roland Garros, matching her career-best result.

> AUSSIES IN ACTION: Find out who is playing this week