Roland Garros, day four: Aussies with nothing to lose 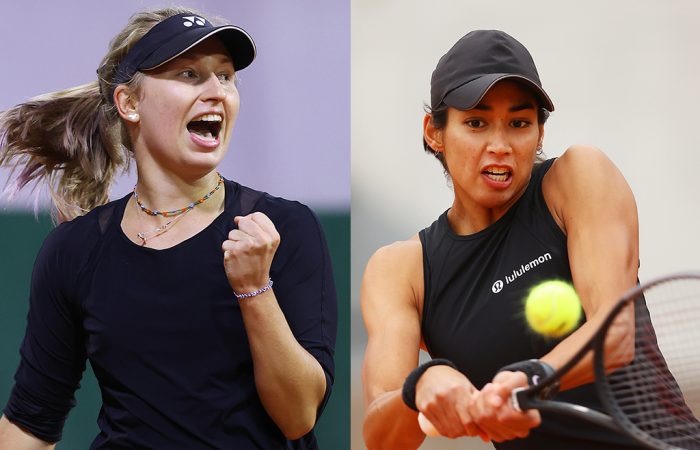 Daria Gavrilova has spent the past year sidelined with injury and dreaming of a return to the sport’s biggest stage.

Two tournaments into her comeback, the former world No.20 is proving it is where she belongs. The 26-year-old from Melbourne recorded her first top-30 victory in almost two years in the opening round at Roland Garros, defeating No.28-ranked Dayana Yastremska.

It sets up a second-round showdown with former world No.5 Eugenie Bouchard, who fell outside the world’s top 300 earlier this year after struggles with injuries and confidence.

“Both of us, we’ve got nothing to lose literally. For me, it’s a success just being here, playing Roland Garros.”

Gavrilova won’t be intimidated by the big-hitting Canadian wildcard, who she first played as a junior.

Astra Sharma will also take a ‘nothing to lose’ approach into her second-round match with No.27-seeded Russian Ekaterina Alexandrova.

“I’ve a lot of respect for (Alexandrova), but I’m pretty confident after getting four matches under my belt already. I’m really excited to play her,” Sharma said.

The 25-year-old from Perth lost in the final round of qualifying in Paris this week, but got a second chance with a lucky loser spot. Sharma made the most of it, defeating No.59-ranked Russian Anna Blinkova in the first round.

“After not such a good last round in qualifying, to bounce back like this and get a result like this is pretty gratifying,” the No.134-ranked Sharma said.

Sharma is looking to advance to her first Grand Slam third round, while Gavrilova is hoping to reach that stage of a major for the first time since Wimbledon 2018.

[LL] Astra Sharma (AUS) v [27] Ekaterina Alexandrova (RUS)
Women’s singles, second round, Court 13, first match (7pm AEST start)
Sharma, a 25-year-old from Perth, took advantage of a lucky loser place in the draw to score her biggest Grand Slam win in the first round. Now the world No.134 is looking to eliminate a seeded opponent at a major for the first time. Sharma faces No.31-ranked Alexandrova, who defeated Australian Maddison Inglis in the opening round.  The 25-year-old Russian is trying to reach the third round at a major for the third time. This is their first career meeting.

Daria Gavrilova (AUS) v [WC] Eugenie Bouchard (CAN)
Women’s singles, second round, Court 13, second match
After scoring her best Grand Slam win in three years earlier this week, the No.788-ranked Gavrilova continues her comeback against another player determined to climb back up the rankings. Bouchard, a former world No.5 who made the Roland Garros semifinals in 2014, is currently ranked No.168 and looking to advance to a major third round for the first time since 2017. Bouchard leads their head-to-head record 2-1, but they have not played since Australian Open qualifying in 2013.

Alex de Minaur (AUS)/Matt Reid (AUS) v Nikola Cacic (SRB)/Dusan Lajovic (SRB)
Men’s doubles, first round, Court 12, second match
When COVID-19 shutdown professional tennis, Reid started working as a forklift driver at a stone quarry in New South Wales. Now the 30-year-old, who has a doubles ranking of No.105, is making his second Roland Garros appearance. Reid and De Minaur, who is ranked No.61 in doubles, have made the second round in their two previous majors together. Cacic is the highest-ranked doubles player in this match-up at No.52, yet the 29-year-old Serbian is looking to win a Grand Slam match.

Jordan Thompson (AUS)/Robert Lindstedt (SWE) v Robin Haase (NED)/Joao Sousa (POR)
Men’s doubles, first round, Court 12, fourth match
Thompson is teaming with 43-year-old Swede Lindstedt, a former Australian Open doubles champion who has been ranked as high as No.3. It is their second tournament together. The 26-year-old Thompson is making his third Roland Garros doubles appearance, where his best previous result is a third-round run in 2017. The 33-year-old Haase and 31-year-old Sousa both achieved career-high doubles rankings inside the world’s top 40 last year.

Ajla Tomljanovic (AUS)/Alison Riske (USA) v TBC
Women’s doubles, first round, Court 10, fifth match
Tomljanovic has paired with Riske, a No.73-ranked American who made the US Open doubles quarterfinals earlier this month. The duo made a WTA semifinal in their only other tournament together, back in 2014. The 27-year-old Australian is looking to improve on her 1-5 win-loss doubles record at Roland Garros. They will play an alternate team (still to be confirmed) after the late-withdrawal of Romanian Sorana Cirstea and Spain’s Sara Sorribes Tormo.