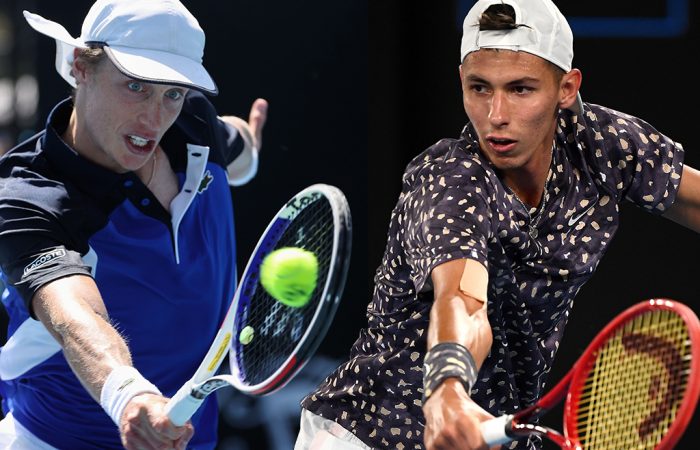 Seven Aussie men featured in the main draw – the most since 2000 – however, five have lost their opening round matches.

The 21-year-old Popyrin skipped the US Open to focus on his clay-court preparations and is determined to make the most of his opportunities in Paris.

“Everybody’s got their time to shine and as long as I keep putting the hard work in I’m sure my time will come,” Popyrin told AAP.

“That’s what I’ve been telling myself since I was a kid. The belief won’t go away.”

The 23-year-old Polmans is making his Roland Garros main draw debut and targeting a career-first top 50-win when he faces Frenchman Ugo Humbert.

Victory for the Aussie hopes would see them join Australian women Daria Gavrilova and Astra Sharma in the second round.

Max Purcell (AUS)/Luke Saville (AUS) v [6] Pierre-Hugues Herbert (FRA)/Nicolas Mahut (FRA)
Men’s doubles, first round, Court 10, second match
After narrowly missing a seeding, Australian Open 2020 finalists Purcell and Saville have been handed a tough draw in their Roland Garros debut. Their sixth-seeded opponents won the 2018 title and are one of only four men’s doubles teams in the Open era to win all four Grand Slams. Yet the No.38-ranked Saville and No.40-ranked Purcell proved they can challenge the world’s top teams on clay with a Rome quarterfinal run earlier this month.

James Duckworth (AUS)/John Millman (AUS) v [14] Jeremy Chardy (FRA)/Fabrice Martin (FRA)
Men’s doubles, first round, Court 5, fourth match
The all-Aussie duo of Duckworth and Millman, who are close friends and training partners in Brisbane, are playing their second Grand Slam tournament together and first since Australian Open 2016. They face clay-loving Frenchmen Chardy and Martin, who were Rome finalists earlier this month and made the Roland Garros doubles final last year. The 31-year-old Millman is aiming to snap a seven-match losing streak in Grand Slam doubles.