Australia’s Alex de Minaur is ready for his third-round showdown with world No.16 Karen Khachanov in New York. 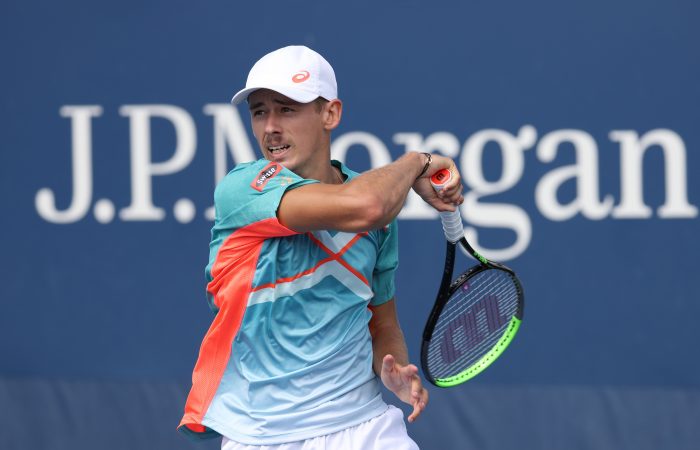 The 21-year-old Australian will not let that intimidate him though when they meet in the US Open third round.

The 183-centimetre De Minaur, who is 18 kilograms lighter than Khachanov, is prepared to battle and earn his place in the US Open fourth round for a second consecutive year.

“He is a big guy who likes to hit the ball very big,” De Minaur said of Khachanov, who achieved a career-high ranking of No.8 last year.

“The most important thing for me is to not get dictated to. I have to stand my ground and make my presence felt. If I can do that, then I can go well. But it is going to be a very tough match.”

An abdominal injury forced De Minaur to miss the Australian Open earlier this year, restricting him to only two tournaments before the COVID-19 pandemic shutdown professional tennis. The five-month tour suspension that followed provided De Minaur with unexpected extra time to heal his injury and rebuild his fitness.

De Minaur won a first ATP doubles title in his return last week and has lost only one set this tournament to progress to a Grand Slam third round for the fifth time in his career.

When former world No.7 Richard Gasquet extended him to four sets in humid conditions in the second round, De Minaur’s self-belief did not waver.

“I back my fitness against anyone and that really helped me out today,” said De Minaur, who is the sole Australian in action on day six.

De Minaur is aiming to join Davis Cup team-mate Jordan Thompson in the fourth round. The world No.63-ranked Thompson advanced with a straight-sets win over Mikhail Kukushkin on day five.

The last time two Australian men reached the fourth round in New York was in 2001, when Lleyton Hewitt and Pat Rafter were both ranked inside the world’s top 10. Hewitt won the title that year.

[21] Alex de Minaur (AUS) v [11] Karen Khachanov (RUS)
Men’s singles, third round, Court 5, second match
This is the first career meeting between 21-year-old Alex de Minaur and 24-year-old Karen Khachanov. The No.28-ranked Australian is seeking to reach the US Open fourth round for the second year in a row. World No.16-ranked Khachanov is through to the third round in New York for a second time and targeting his first fourth round appearance.