Australia's Alex de Minaur moves on at the US Open following a four-set second round victory over former top 10 player Richard Gasquet. 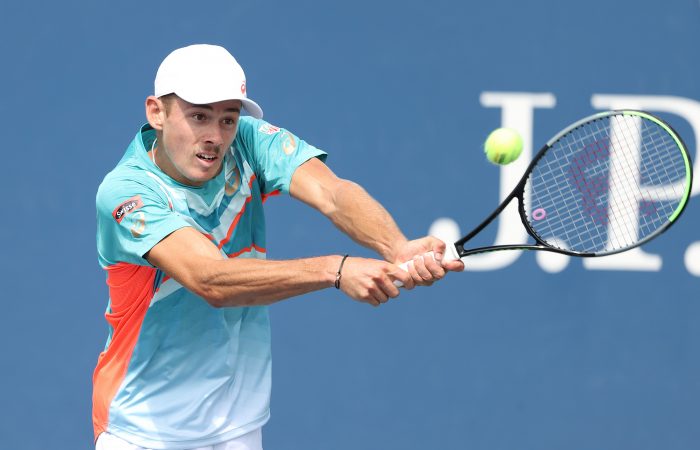 Alex de Minaur is through to the US Open third round for the third consecutive year.

De Minaur was on the verge of winning the second-round match in straight sets, holding three match points in the third-set tiebreak. But Gasquet reeled off five consecutive points from 3-6 down to quickly change the momentum of the match.

The No.51-ranked Frenchman, who boasts a career-high ranking of No.7 and was a US Open semifinalist in 2013, then broke early in the fourth set to build a 3-1 advantage.

De Minaur refused to be rattled though, breaking Gasquet back to love in the sixth game.

The No.28-ranked Australian earned another match point at 6-5 on Gasquet’s serve – and this time he did not let the opportunity slip, closing out victory in three hours and two minutes.

A solid serving performance proved key for De Minaur, who won 80 per cent of points on his first serve throughout the match and finished with 11 aces.

This marks the fifth time in De Minaur’s young career that he has advanced to the third round at a Grand Slam. His best result is a fourth round run at last year’s US Open.

If the 21-year-old from New South Wales is to match that effort again, he will need to overcome No.11-seeded Russian Karen Khachanov in the third round. It is their first career meeting.

De Minaur is the second Australian man to progress to the third round at this year’s US Open, joining Davis Cup teammate Jordan Thompson who is enjoying a career-best run.

John Millman’s US Open campaign ended today in the second round with a five-set loss to American Frances Tiafoe.

The Australian did us proud with his fighting spirit 👏 #GoAussies https://t.co/oc8aCXOyWF

Christopher O’Connell’s dream debut in New York is over too after a straight-sets loss to third-seeded Russian Daniil Medvedev.

“He’s not an easy opponent, he plays great,” Medvedev said of O’Connell.

The 26-year-old from Sydney, who took a medical timeout for a back injury during the second round match, will still rise to a new career-high ranking after scoring his first Grand Slam win this week.