Australia's John Millman exits the US Open after a five-set loss to Frances Tiafoe in the second round. 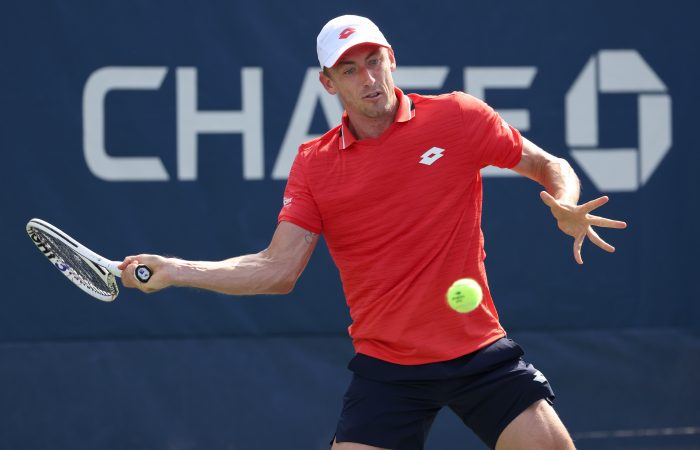 John Millman’s US Open campaign is over, losing his second round match against American Frances Tiafoe in five sets today.

Millman played well, hitting 50 winners and winning 70 per cent of points on his first serve. But it wasn’t enough for the world No.43 to stop the flashy American.

“Tennis is a game of fine margins,” said Millman, who rued missing two set points in a tight opening set.

Tiafoe played his best tennis late in the match, with the 22-year-old hitting 12 winners and only six unforced errors in the deciding set.

“I didn’t play bad tennis, I thought Frances kind of caught fire there for a set and a half. He’s got that explosive game where he can do that,” Millman admitted. “Obviously I would have loved to have won … it’s always tough losing those tight ones.”

Christopher O’Connell’s dream debut in New York is over too after a straight-sets loss to third-seeded Russian Daniil Medvedev.

“He’s not an easy opponent, he plays great,” Medvedev said of O’Connell.

The 26-year-old from Sydney, who took a medical timeout for a back injury during the second round match, will still rise to a new career-high ranking after scoring his first Grand Slam win this week.

Earlier today, No.21-seeded Australian Alex de Minaur booked his place in the third round with a four-set victory against France’s Richard Gasquet.

Australia has two men in the round of 32, with world No.63 Jordan Thompson also progressing yesterday.

John Peers is through to the second round in the men’s doubles draw, teaming with New Zealand’s Michael Venus to record a straight-sets win today against American wildcards Nathaniel Lammons and Nicholas Monroe.