Australia’s Jordan Thompson is into the third round in New York for a first time. 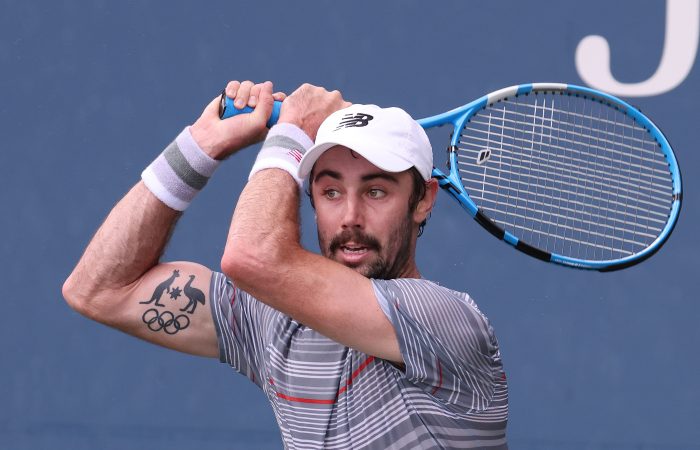 Jordan Thompson is enjoying a career-best run at the US Open, advancing to the third round for the first time.

Thompson made a blistering start in the second round match, racing to a 6-1 5-2 lead. The No.72-ranked Gerasimov fought back to win the next two games and had two break points on Thompson’s serve in the 10th game to level the second set, but the Australian steadied to take a two-sets-to-love lead.

Gerasimov continued to gain momentum in the third set, breaking in the sixth game to help build a 5-2 advantage. Thompson kept fighting, saving two set points on serve in the eighth game. But it wasn’t enough to stop the 196-centimetre Belarusian, who served out the set in the following game.

The No.63-ranked Thompson regained control in the fourth set, snaring an early break to move ahead 3-0. Hitting seven winners and only three unforced errors for the set, Thompson was able to secure victory after two hours and 44 minutes on court.

The Australian, competing in his fifth consecutive US Open main draw, finished the match with eight aces and 29 winners.

Thompson’s previous best US Open result was second round appearances in 2017 and 2019.

It is the second time in the Australian’s career that he has made a Grand Slam third round, matching his French Open 2019 result.

Standing in Thompson’s way of a first major fourth round appearance is world No.90 Mikhail Kukushkin of Kazakhstan.

Kukushkin, who knocked out No.13 seed Cristian Garin in five sets in the second round today, won his only previous meeting with Thompson via retirement in 2017.