Many of the top-performing players in the UTR Pro Tennis Series have boosted their rating with impressive performances. 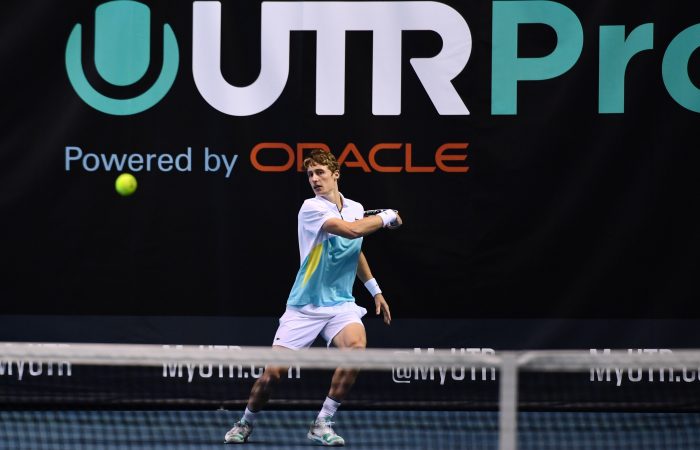 The UTR Pro Tennis Series provided a welcome opportunity for Australian players to return to the court. For many, their performances have also helped them improve their UTR.

UTR stands for Universal Tennis Rating, which is an international tennis rating system that connects millions of tennis players around the world. Each player’s individual rating reflects their current skill level based on head-to-head match scores. It rates all players – regardless of age, gender and nationality – on the same 16-point scale and helps connect players with opponents of a similar standard.

World No.119 Marc Polmans, who won a UTR Pro Tennis Series title in Melbourne, is now a fan of the rating system.

“I wasn’t too familiar with it, but I think it’s a good concept with the way if you beat a higher player you go up, and if you lose to someone lower ranked you go down,” he said.

World No.247 Ellen Perez won two UTR Pro Tennis Series titles in Sydney. Although she compiled an 8-1 win-loss record, her UTR slightly dipped as all her wins were against players rated lower than herself.

FEATURE: Perez going with the flow

The 24-year-old former US college player still appreciates the value in the unique rating system.

“I’m more familiar with it because I went to college and it’s obviously an American system. I think it’s very relative,” she explained.

“I think it’s actually a more accurate system to be honest. It takes into account who you’ve beaten and what their UTR is, how close the score line is. Even if you lose but you lose close, it still rewards you. I think that’s great. Sometimes you have some really tough losses and you’re so close to beating someone really good. But a loss is a loss in the WTA, whereas in the UTR it appreciates your effort and gives you some points for it. So I really like the system.”

Alexander Crnokrak improved his UTR by 0.10 points with his performances in Brisbane, which included an upset of top-rated Jason Kubler to win a title. It makes the 20-year-old one of the biggest rating risers across the series.

In the women’s ratings, two-time Sydney finalist Alexandra Bozovic improved her UTR by 0.11 points with solid performances against some higher-rated opponents.

The tables below highlight the rating changes of the top-performing players in the UTR Pro Tennis Series:

All players – whether they are professionals, juniors or club members – can register to have a UTR. Social players can use the rating system too to find similar standard opponents to play.

Australian Open doubles champion John Peers, who returned to the singles court in the Perth events, likened UTRs to a golf handicap.

“That’s ultimately what tennis is about in the grand scheme of things – to be able to find someone on your level to be able to have a good match and enjoy the game as best we can,” said the former world No.2.