Jason Kubler and Maddison Inglis return to professional tennis with impressive victories at the UTR Pro Tennis Series in Brisbane. 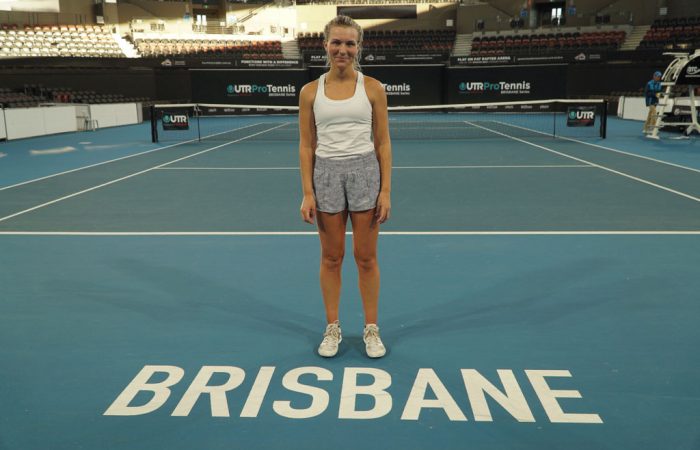 Jason Kubler and Maddison Inglis returned to professional tennis in emphatic style as they emerged the respective men’s and women’s winners of the UTR Pro Tennis Series Brisbane tournament.

Despite the lack of match play due to the shutdown of the international tennis tours since early March, each player competed superbly at Pat Rafter Arena this week.

Kubler defeated John0Patrick Smith 6-3 6-2 in the final to complete a series of straight-sets progressions in Queensland. Earlier wins over Thomas Fancutt, Dane Sweeny and Adam Walton in the round robin stages were all achieved with identical 6-2 6-2 scorelines.

“It feels really good. Haven’t played a match for four months now, so it was good to be out there, good to play on Pat Rafter Arena as well,” said the 27-year-old Kubler, noting that the UTR Pro Tennis Series also provided an opportunity for his competitive debut on the famous court.

“I haven’t had the experience yet, so it was nice to play out there, then nice play all the guys I’m training with and all the guys from Queensland.”

Inglis was equally impressive in Brisbane, the 22-year-old saving a match point to defeat Lizette Cabrera 6-4 1-6 [11-9] in the final.

“I don’t think it could have got any tighter in the end, but I thought we both played really well at times and there was a bit of a lapse for each of us,” said Inglis, after securing the one hour, 40-minute contest in the match tiebreak.

“But I thought we both played a really good tiebreak, so it was a good way to finish it.”

Inglis’ hard-fought victory over Cabrera followed straight-sets wins over Olivia Tjandramulia and Naiktha Bains in the round-robin stages of the Brisbane event..

While the finals – strict biosecurity at UTR Pro Tennis Series events include an absence of spectators – were a new playing experience for the eventual winners, Kubler and Inglis were grateful for the efforts made to ensure the resumption of professional tennis.

“It’s definitely a different feel out there. It’s pretty quiet,” said Inglis. “But no, I mean just to have the chance to go out there and play is really amazing. So I think we’re all really grateful that they are doing these quite extreme measures so that we all can play.”

Kubler noted that professional players are uniquely positioned to adapt to the unusual competitive environment. “It’s a pretty secluded lifestyle being a tennis player anyway … even when you’re training,” he commented.

Of greater importance for each winner was the opportunity to return to professional tennis at the UTR Pro Tennis Series.

Inglis explained how the tournaments provided both valuable match play and a sense of purpose amid the uncertainty of the international tours.

“I mean that’s why this UTR is so good because we still kind of don’t really know what we are going to play next. So to have this to train for is really important,” she said.

“It’s definitely nice to be out on the court again. It’s so different to play a match compared to training. It’s really different, so to get those matches is really important.”