Millman: “It was something pretty special”

The Australian Davis Cup team share their thoughts after a hard-fought 3-1 victory over Brazil in Adelaide. 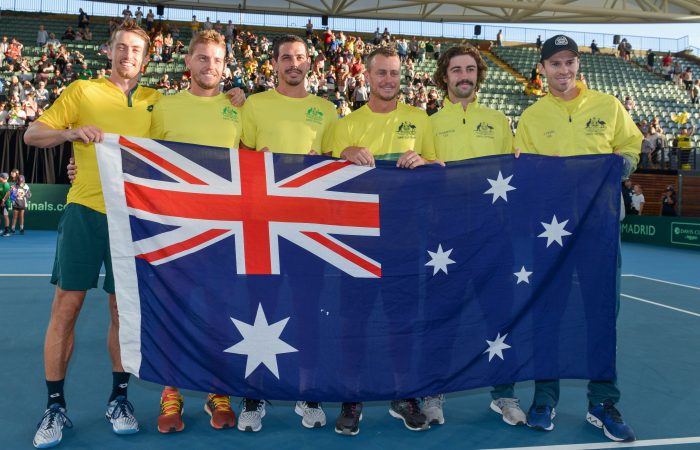 Australia qualified for the 2020 Davis Cup by Rakuten Madrid Finals with a spirited 3-1 victory against Brazil in Adelaide this weekend.

The happy team shared their thoughts on their emotionally-charged victory at Memorial Drive Tennis Centre:

“That was an epic Davis Cup encounter,” said the proud captain. “There were ebbs and flows in all the matches. It could have gone either way.

“That is what Davis Cup is about and that’s why I love the home and away format. To have the atmosphere and the crowd involvement, it was a lot of fun for us to be out there. For these guys to play in front of their home fans again, they don’t get to do it throughout the year that often. I’m just thrilled for them that they get to enjoy it and be part of it. It is something really special.

“I couldn’t be prouder of these boys. They deserve this win.”

“To have an experience like this, that’s better than just about any experience I’ve had. The notion that it is tough to travel back to play for your country, that is absolutely ridiculous,” said Millman, who won both of his singles matches.

“It was something pretty special this weekend. I enjoyed every second of it. It was so much fun. It was an emotional rollercoaster and we’re so happy to get through. To do it with these boys, it’s been a really special week.”

“I was ready to go, but I’m thankful Johnny pulled through.”

“It was a lot of fun. There was a great atmosphere,” reflected Duckworth, who became the 111th Australian Davis Cup representative.

“Obviously it was disappointing not to get the win in (doubles), but it was a really good week. It was awesome to be part of this group. Unbelievable effort from Jordan and John getting the wins the last few days. Hopefully I can be part of this again.”

“It’s a team effort. Everyone gave 110 per cent and I know we are all in this together, especially everyone back stage,” Peers said.

“We’re all ready to go again (for the finals in November).”

“To be in the five and have a gold jacket for the first time, it is quite an honour,” noted the South Australian debutant.

“To be part of a group with these boys, they played with their hearts on their sleeves and it has just been a great week. It is something I’ve been happy to be part of.”