The draw is set for the Davis Cup qualifying tie between Australia and Brazil in Adelaide this weekend. 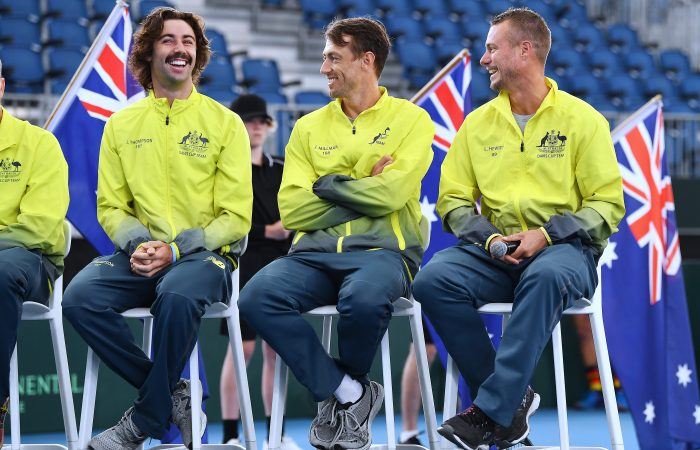 Millman, the world No.43, follows against Brazilian Thiago Seyboth Wild in the second singles rubber – also a first career meeting. The 19-year-old Seyboth Wild proved he is one to watch, winning his first ATP title last week to improve to a career-high ranking of No.113.

READ: Millman ready to step up

Australian captain Lleyton Hewitt declared his team was ready for the challenge.

“I feel really confident going out there with the work that these boys have put in over the last seven or eight days,” Hewitt said.

“All the guys are hitting the ball as well as we could have hoped for coming off all slightly different preparations for this tie. I feel like we’ve got them peaking at the right time.

“I have absolute confidence that they are going to go out there, play extremely well and leave it all on the court – not just for me and the team, but for the whole of our country.”

The tie winner qualifies for the Davis Cup by Rakuten Madrid Finals from 23-29 November.

Single session tickets and two-day packages for the 6-7 March tie at Adelaide’s Memorial Drive Tennis Centre are available via Ticketmaster.